The World Taekwondo Peace Corps (TPC) was launched in 2008 with the theme of "World Peace through the Great Taekwondo Spirit". 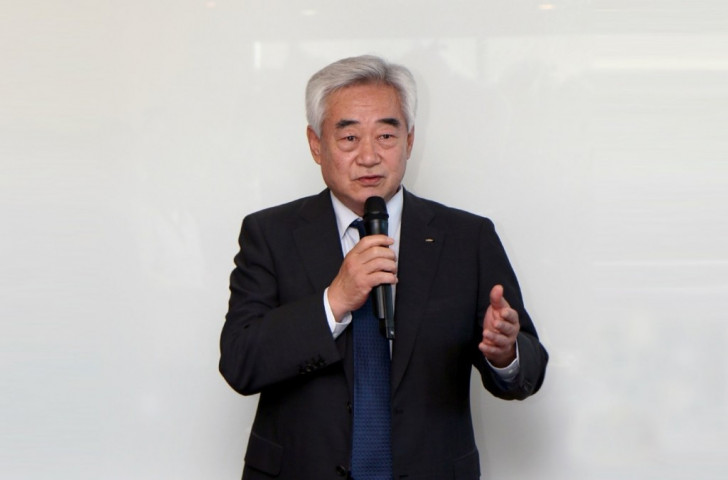 By Nick Butler at the Jamsil Lotte World Hotel in Seoul

World Taekwondo Federation (WTF) President Chungwon Choue is increasing pressure on the International Olympic Committee (IOC) and United Nations to introduce a Sport Peace Corps to centralise the distribution of funding around the world.

Choue, the South Korean who has led the WTF since 2004, has long pushed for such a body, having delivered five major speeches on it over recent years, in Leuven, Monaco, Busan, Lausanne and St Petersburg.

He will give another at next month's Turkmenistan International Sports Media Forum in Ashgabat.

Later in April, the official is due to meet both IOC President Thomas Bach and UN secretary general Ban Ki-moon in New York City, and he believes this could be the year when the project truly gets off the ground.

"I proposed creating a Sports Peace Corps, together with the UN and the IOC," the 67-year-old told

"All the IF's (International Federations) join the Sports Peace Corps, and then the Foundation can advocate the IF's to many countries, introducing their sport and sending equipment and instructors.

"It could be aimed at refugees even, and particularly at young kids, spreading Olympism and World Peace philosophy.

"This is my idea and my dream."

In what Choue described as a "pilot study", the WTF has already set up a World Taekwondo Peace Corps, which has acted in around 130 countries since 2008, with raising youngsters from beginners to Olympic standard one ultimate aim.

Athletes from nations ranging from Afghanistan to Gabon who are graduates of the scheme have won medals on the Olympic stage.

Choue claimed that because of taekwondo's format and relative cheapness, it is easier for athletes from countries where the sport is less developed to win medals.

Although some sports - like equestrian and winter disciplines - would be harder to incorporate into new countries, most other summer sports could be similar successful, he claimed.

Choue revealed how he has already had "positive talks" with the South Korean Government about having the Sport Peace Corps' headquarters here, although he also said it would not necessarily have to be based in South Korea.

This would be his contribution to peace through sport, a concept prioritised as part of the IOC's Agenda 2020 reform process, claimed Choue, who was born in North Korea before his family relocated south of the border shortly before the Korean War.

In working with the UN, Choue would be following a path set by his father Young Seek Choue, a co-founder of the International Association of University Presidents who played a key role in the introduction of the UN's first International Day of Peace in 1981.