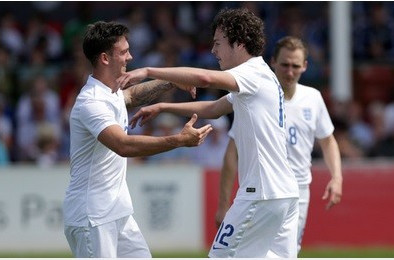 Hosts England got their Cerebal Palsy Football World Championships campaign off to the perfect start as they thrashed Japan 14-0 on the opening day at St George’s Park in Burton-on-Trent.

Captain Jack Rutter was the Three Lions’ star performer in the match, netting a double hat-trick to help his side wrap up the victory inside the first half as they went into the break with an emphatic 9-0 lead.

James Blackwell, Ollie Nugent and Jake Brown all managed to bag braces in the win, which saw them surge to the top of Group A.

Ukraine are the other side in the group but they weren’t in action on the first day of the event following Iran’s withdrawal over visa problems.

The team were reportedly denied entry into the country and have written to the International Paralympic Committee to express their dissent at the way the matter was handled.

Iranian officials insist the papers were submitted on time and the English Football Association (FA) were aware of the situation last week, and attempted to resolve the issue with the British Embassy.

But their efforts didn't yield a positive outcome, forcing the Iranians to pull out of the seven-a-side competition, which serves as a qualifier for the next year’s Paralympic Games in Rio de Janeiro.

Elsewhere on the first day of action, defending champions and world number one side Russia made light work of their opener, thrashing Ireland 8-1 by producing an excellent display from the off in their Group B clash.

Dmitrii Pestretsov, Eduard Ramonov and Alexei Borkin were all at the double while further strikes from Viacheslev Lorianov and Alexander Kuligin rounded off a scintillating performance from the tournament favourites.

In the other match in the group between Australia and Portugal, who are separated by just one place in the world rankings, James Turner ensured the Socceroos started as they mean to go on as his two-goal salvo was enough to give them a 2-0 victory.

Canada then play Northern Ireland before an old footballing rivalry is resumed when The Netherlands clash with Argentina.