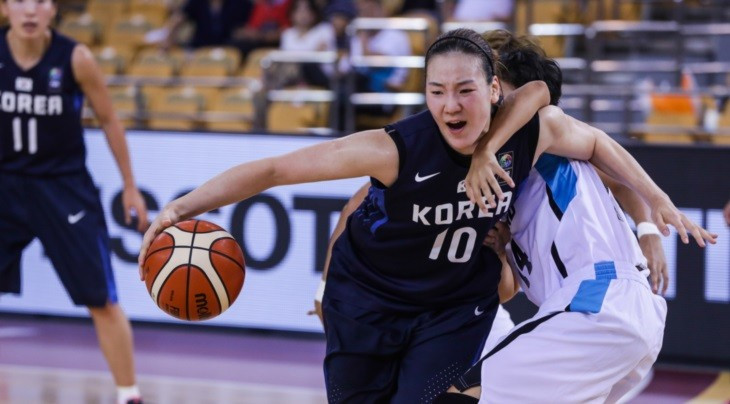 South Korea picked up their first win of the International Basketball Federation (FIBA) Asia Women’s Championship in Wuhan as the 2013 losing finalists comfortably beat Thailand in Group A.

We Sung-Woo's side immediately showed their intent to recover from back-to-back defeats against Japan and China, outscoring their opponents 23-9 in the first quarter and continuing to build on their lead en route to claiming a 97-41 victory.

There were also wins in Group A for defending champions Japan and 2013 third-place finishers China against Chinese Taipei and India respectively.

Only four points separated Japan and Chinese Taipei going into the fourth quarter, but the former went on to take the final frame 18-6 to seal a 60-44 success and make it three wins out of three.

China’s triumph against India was a lot more comfortable as they broke the century mark in a 102-39 victory that continued their unbeaten start.

Gao Song scored 18 points from the bench for China, while Huang Sijing and Lu Wen chipped in with 13 and 11 points respectively.

Earlier in Group B, the Philippines cruised to a 65-45 win against Sri Lanka, led by Shelley Anne Gupilan with 15 points in less than 20 minutes of play and veteran Merenciana Arayi, who added nine points and six steals.

Ro Suk-Yong’s 23 points and 13 rebounds helped the North Koreans make a speedy recovery from yesterday’s final-minute loss to the Philippines.

The action in Wuhan is due to continue tomorrow with all 12 teams due to play their fourth matches.

In Group A, Japan take on China with their unbeaten records on the line following India’s clash with Thailand and South Korea’s meeting with Chinese Taipei.

Kazakhstan and Sri Lanka will contest the day's opening Group B encounter, followed by the Philippines’ match against Hong Kong and Malaysia’s tie with North Korea.