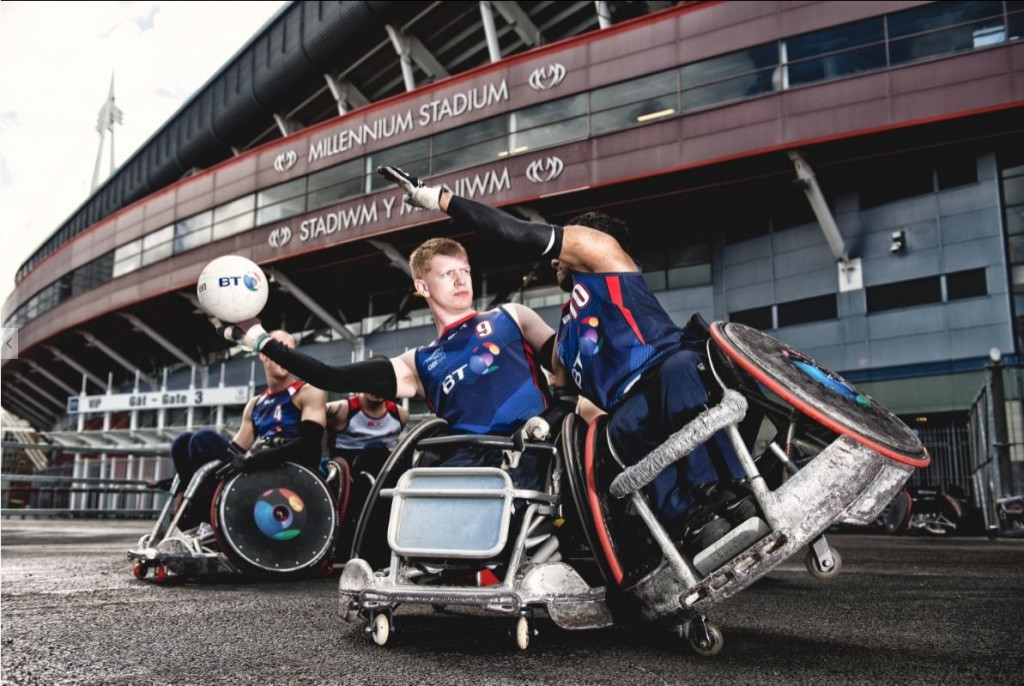 Great Britain Wheelchair Rugby (GBWR) has rolled out wheelchair rugby’s first-ever youth programme as part of an initiative to get young people engaged with the sport.

Interest in the sport is said to have grown considerably since the London 2012 Paralympic Games, and the number of teams across the United Kingdom has doubled in size thanks to continuing support from Sport England and the National Lottery.

The youth programme was launched at the Millennium Stadium in Cardiff, where Great Britain’s wheelchair rugby squad were joined by players from the Welsh community youth group, which has been developed in partnership with Ospreys rugby club.

Currently there are six youth teams around the country - Exeter, Gloucester, Harlequins, Hounslow, Saracens and Wales - with plans for further growth across the north-west.

Teams are developed through the GBWR sport development programme, in partnership with local groups, which provides coaching, rugby chairs and equipment.

The new teams will be formed with players aged 10 to 14.

"The launch of our youth programme is the culmination of work which began in 2011 with a pilot project in Glasgow," said David Pond, chief executive of GBWR.

"Since then we have been working in partnership with the foundations of Premiership clubs Saracens and Harlequins as well as various schools and local authorities around the country.

"Our ambassador Mike Brown [a fullback for Harlequins and England] also helped fund work with schools in Hounslow."

The signing of a three-year partnership with telecommunications giant BT in January is said to further allow GBWR to develop wheelchair rugby, as well as deliver the BT World Wheelchair Rugby Challenge, which is scheduled to take place at the Copper Box Arena in London’s Queen Elizabeth Olympic Park from October 12 to 16.

"Our partnership with BT, a long-term supporter of disability sport, has now enabled us to roll out the initiative nationally and we’ll see the first youth tournament as part of the BT Wheelchair Rugby Community Festival on Sunday October 11, ahead of our international event," said Pond.

BT Group's Suzy Goodman added: "Disability sport doesn’t just inspire us all to be the best we can be, it’s also about world class athletes and competition at the highest level.

"It’s thrilling that our partnership with Great Britain Wheelchair Rugby will help inspire a new generation of talent within the sport.

"We’re looking forward to continuing to work with GBWR, creating more possibilities than ever before for people to engage with, be inspired by, and have a go at the sport."

Britain’s wheelchair rugby squad is due to head to Finland later this month to take part in the International Wheelchair Rugby Federation (IWRF) European Championships from September 13 to 20, when they will be looking to qualify for Rio 2016.