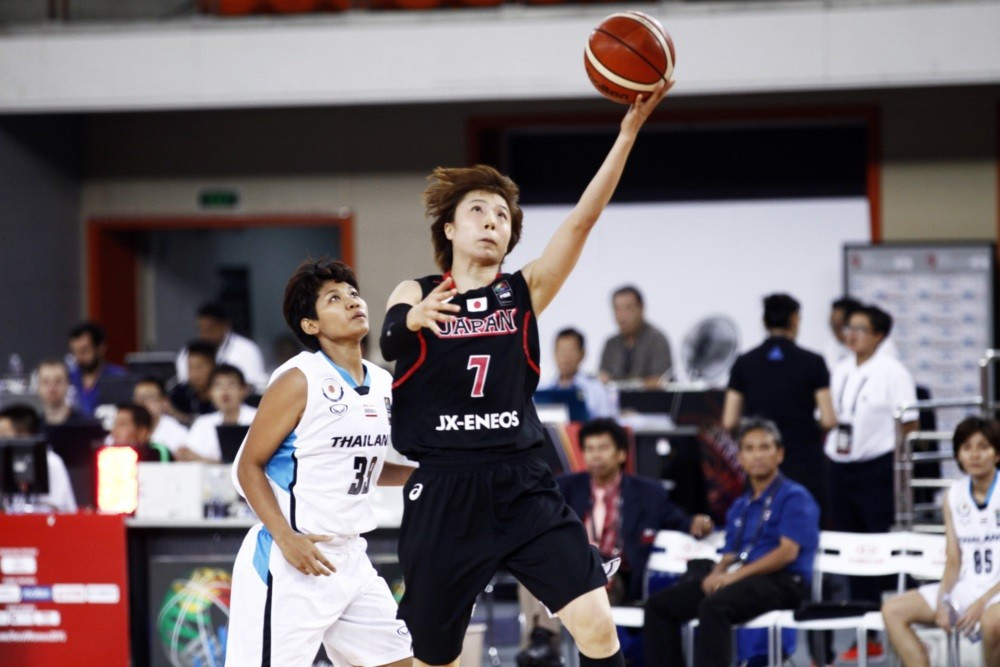 The semi-final line-up at the International Basketball Federation (FIBA) Asia Women's Championship in the Chinese city of Wuhan has been confirmed, with the hosts set to play South Korea while Japan will meet Chinese Taipei.

Japan assured that they came through the group phase today with a 100 per cent record as they claimed their fifth win in five by beating Thailand 95-43.

Sono Matakawa led the way for the Japanese, who are the defending champions, with 16 points and they look like the team to beat in Wuhan.

They topped the group while hosts China, who have only been beaten by Japan, qualified for the last four in second place after ending their group games by beating Chinese Taipei 76-62.

South Korea finished third in the group as they finished by thrashing India 121-44 in a one-sided affair.

That meeting set up their last-four clash with China, while Chinese Taipei crept through in fourth spot meaning they face a date with Japan.

Thailand were fifth in the group and India finished last, meaning they face play-off clashes to avoid dropping down to level two country status.

India must play The Philippines, who won the second tier Group B, while Thailand have been paired with North Korea, who came in second behind the Filipinos.

The play-offs and semi-finals will both be played on Friday (September 4), ahead of the final and third place play-off clash on Saturday (September 5).

The overall winners will earn a berth at the Rio 2016 Olympics next summer.