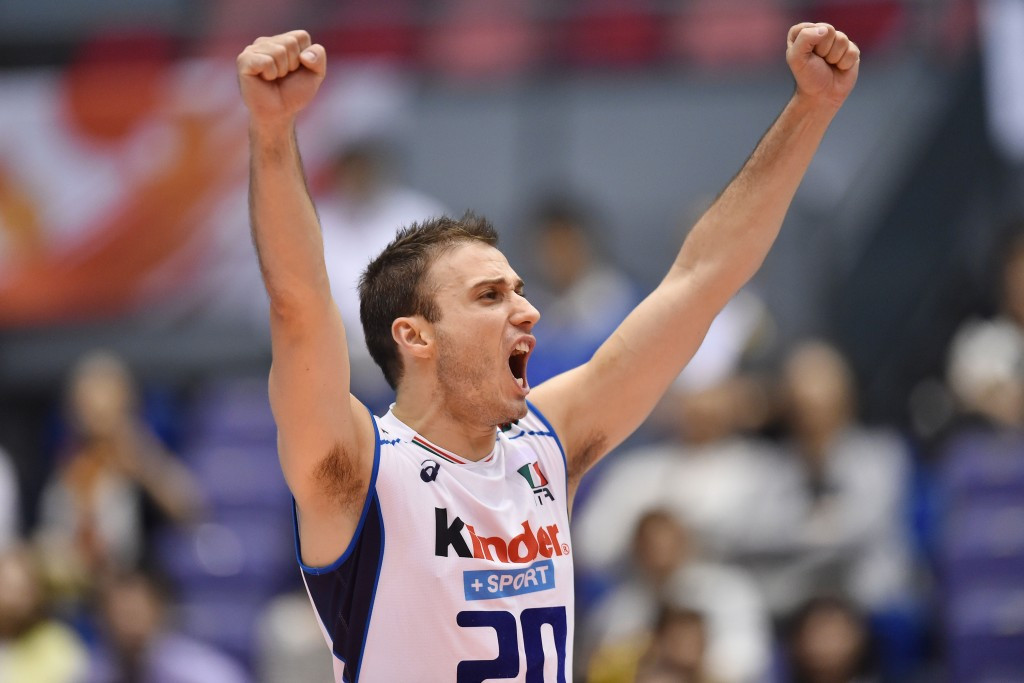 Italy recovered from a disappointing start to defeat African champions Egypt and make it three wins out of three at the International Volleyball Federation (FIVB) Men's World Cup in Japan today.

Egypt, who had lost their opening two matches in five sets in Hiroshima, took the first against the Italians 25-20 and then made them sweat in a tight second.

A 24-point haul from Ivan Zaytsev was key for the Italians while Matteo Piano put pressure on the Egyptians at the net with four blocks.

Elsewhere in Hiroshima, the United States also have a 100 per cent record as they racked up their third win against Canada at the Green Arena.

Third-placed Poland are the only other side yet to taste defeat as they ended Argentina's perfect start to the tournament with a win inside four sets in Hamamatsu.

The first two sets were shared, with Poland taking the first 25-18 before Argentina levelled with a 25-19 success in the second.

Elsewhere, Australia, Tunisia and Venezuela are all looking for their first victories along with Egypt.

The tournament heads into a rest day tomorrow but will return on Saturday when the United States will face Italy in a top of the table clash in Hiroshima.

Also on the schedule are games between Australia and Egypt and Japan and Canada, while in Hamamatsu, Poland will play Iran, Tunisia play Venezuela and Argentina meet Russia.

The top two teams at the end of the round robin will qualify for the Rio Olympics next summer.