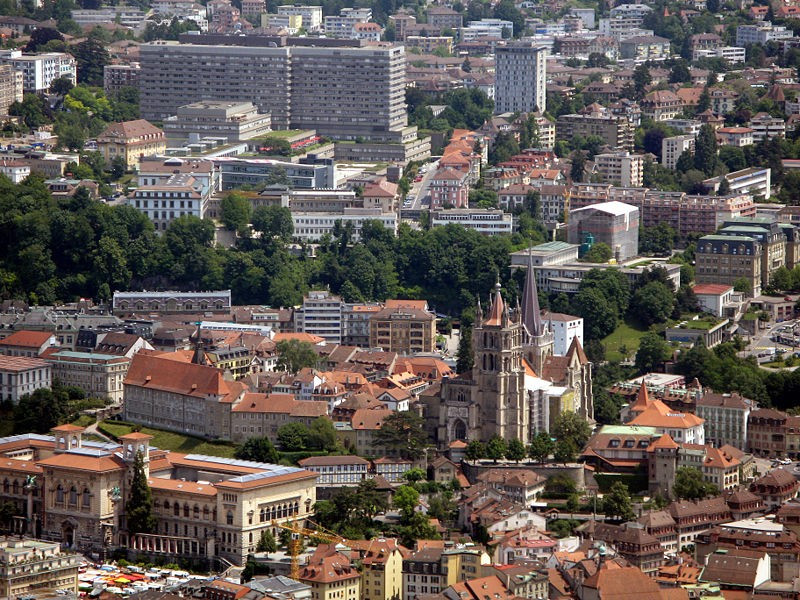 Lausanne has emerged as a leading candidate to host the 2016 SportAccord Convention, insidethegames has learned, as a merger between the organisation and SportAccord was approved at an Extraordinary General Meeting here today.

The annual Convention is looking for a venue following the withdrawal of Dubai last month, the city widely expected to host the event for a second time.

Doha was a potential replacement, with discussions having taken place with organisers.

The Qatari capital, however, is also hosting the Association of National Olympic Committees (ANOC) General Assembly later in the year, an event they would rather focus on

Instead, Lausanne, home of the Olympic Movement and many of International Federations which make up SportAccord, is one of several cities to have also expressed interest.

This would potentially be a more affordable and option, fitting withplans to return to the Convention's origins as a smaller-scale event just designed with the specific sports community in mind.

It would also demonstrate the Convention's allignment with the International Olympic Committee (IOC) following a difficult year after the controversial speech of former President Marius Vizer at this year's event in Sochi when he publicly criticised Thomas Bach.

The IOC is thought to have given its approval to the plans and could help finance the event with support from Lausanne city authorities, insidethegames understands.

It is hoped a final decision will be announced before Christmas, with the new SwissTech Convention Center (EPFL) close to the Starling Hotel on the University Campus thought a potential location.

Lausanne has become increasingly prominent as a location for events in recent years, having been awarded the 2020 Winter Youth Olympic Games at this year's IOC Session in Kuala Lumpur.

The Swiss city also have experience of hosting large conferences, including the Extraordinary General Assembly of ANOC in June 2013.

"We are the only city remaining in the run with Quebec City," Lausanne Mayor Daniel Brelaz revealed to the International Sports Press Association this evening following publication of the insidethegames' story.

"The first SportAccord Convention was held in Lausanne in 2002.

"The initial deal was for it to be held in the city once every two years.

"Unfortunately, some other cities were able to put millions on the table to host the convention instead of Lausanne.

"We were not able to match that.

"Today, we have to see under which conditions we can hold the convention but the city has shown interest."

Earlier, a merger between SportAccord and SportAccord Convention was confirmed by a "large majority" at today's Extraordinary General Meeting here.

Until the end of the year the members have been invited to "submit any specific requests and ideas for the merged SportAccord entity that will be considered during the negotiations between the SportAccord Council and Board of the SportAccord Convention", a statement revealed.

The body's General Assembly will then meet at the Convenion next spring to review the proposed Statutes that will be established and submitted to the members.

"Today represents an important message from the International Federations, that we value SportAccord as our shared platform to interact, discuss topical issues, share problems and look for solutions," said the body's interim President Gian-Franco Kasper.

"I appreciate the positive feedback and constructive approach from the members during today's SportAccord Extraordinary General Assembly and am convinced we have made a positive step."