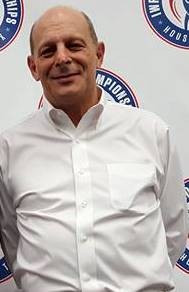 USA Weightlifting chief executive Michael Massik says the ultimate aim of the National Governing Body in preparing for the ongoing 2015 International Weightlifting Federation (IWF) World Championships here was to make them the "most memorable" of all time.

The United States is currently hosting its first-ever combined World Championships having last staged the men’s event in Los Angeles in 1984 and the women’s version in Daytona Beach three years later.

Speaking to insidethegames, Massik said the main challenge USA Weightlifting faced in putting on the event was making sure it was moving in the same direction as the city of Houston, the IWF and other member National Federations, but he believes it has achieved that.

"Our goal has been to make this the most memorable World Championships in the history of the sport," he said.

"One of the things that we’re excited about is sharing our vision of the presentation of the sport of weightlifting with the rest of the weightlifting federations in the world.

"And we think we’ve succeeded."

USA Weightlifting appointed Massik as chief executive in August 2012 and has since seen its membership increase from 9,000 to 24,000.

"Weightlifting in the US is going through a tremendous surge in popularity," he said.

"Over the last three years, our membership has almost tripled which is fantastic.

"The way we’ve accomplished that is by promoting our message to the weightlifting population in this country; 'if you like barbells, we like you'.

"So if you’re a powerlifter, if you go to the gym, if you’re involved in weightlifting in any way shape or form, come and join us."

Four years prior to taking up his current role, Massik left USA Fencing under something of a cloud having served as its executive director for 12 years from 1996.

His departure came after the US had enjoyed its best Olympic performance in the sport with a total of six medals at Beijing 2008, including a second consecutive gold for Mariel Zagunis in the women's individual saber.

But that followed the United States Olympic Committee having to step in and start directly funding the athletes after several complained that they had not received any money since the 2004 Games in Athens, where Zagunis had become the first American fencer for a century to win a gold medal.

Nevertheless, Massik says he’s been able to apply most of the lessons he learned from fencing to weightlifting.

"I’m just able to implement them a little bit faster because I’ve already learned the lessons," he said.

"Simple, but hard to learn.

"I would say that most sports on the operational and managerial aspects are probably 80 per cent the same and 20 per cent sport specific, but growing a membership base is about finding a way that makes your culture unique, enhancing that and making people aware of it and have them find it attractive."

Beijing 2008 Olympic weightlifter Carissa Gump is also encouraged by USA Weightlifting’s progression, pointing to the fact that the US claimed a total of 73 international medals last year having won less than 10 in 2011.

"Since I started with USA Weightlifting about four years ago, we have seen the growth in our membership, in the medal count of our athletes; in every direction we’re growing hugely," said Gump, who is USA Weightlifting’s director of corporate services.