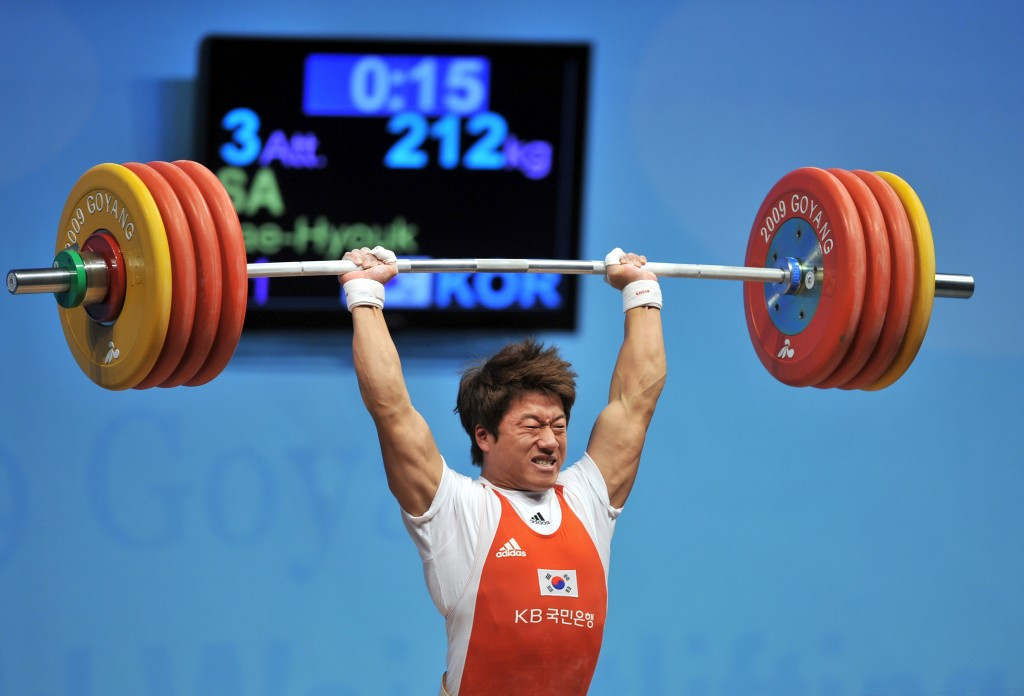 Beijing 2008 gold medallist Sa Jae-hyouk’s career appears to be over after he was handed a 10-year suspension by the Korea Weightlifting Federation (KWF) over assault charges for allegedly punching another weightlifter on New Year’s Eve.

Sa, winner of the the men’s 77 kilograms at the Olympics in the Chinese capital, was questioned for two hours yesterday over the incident by police in Chuncheon, Gangwon Province.

He will now be subjected to further questioning before police decide whether to issue a warrant for his arrest.

It has been claimed that the 30-year-old struck Hwang Woo-man, the 2014 World Junior Championships 105kg silver medallist, on a night out last Thursday (December 31), leaving the 21-year-old hospitalised as a result of his injuries.

South Korean Police say Sa met Hwang in a bar to clear the air after the pair had a falling out last February, where he slapped Hwang.

Sa testified that he began to become enraged when talking to Hwang and “accidentally” hit him in the face, leaving the 21-year-old with injuries which may take up to six weeks to heal.

Hwang disputes Sa’s claims, believing he had no intention of clearing up the misunderstanding between the two.

Sa, winner of a bronze medal at the 2011 World Championships in Paris, was reportedly angry with Hwang that he had told others about the incident in February, suggesting he was ungrateful for the help he has been given by senior members of the Korean weightlifting team.

Sa’s suspension means he will not represent his country at this year’s Olympic Games in Rio de Janeiro.

Hwang, meanwhile, could also miss out due to the fact that he is likely to miss vital training time in the build-up to the event.

The issue has also forced the KWF to delay its naming of the national team ahead of a training camp, due to begin next Monday (January 11).

The development looks likely to mark a dark end to the career of one of South Korea’s most popular weightlifters, who was hoping to return to action at Rio 2016.

Following his triumph in Beijing, Sa dislocated his elbow during the defence of his title at London 2012 as he attempted to lift a snatch of 162kg.

The injury forced him to withdraw and he then opted to move up in weight to 85kg, but he has not managed to continue the success he enjoyed at 77kg.