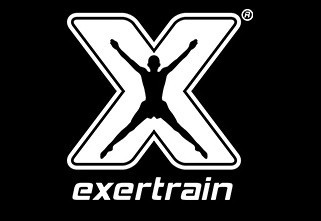 Fitness equipment manufacturer Exertrain will be the title sponsor of the upcoming English Weightlifting Championships, it has been announced.

The company, who offer a range of specialist weightlifting products such as bars, dumbbells and platforms, are currently the official engineering partner of British Weightlifting.

They will be the main partner of the event, which takes place on January 30 and 31 at the Wythenshawe Forum Centre near Manchester.

“We are thrilled to welcome Exertrain as the sponsor for the English Championships and look forward to working alongside them and all our partners as we aim to deliver another landmark domestic competition,” British Weightlifting chief executive Ashley Metcalfe said.

"This latest news will help us build on the great success of last year’s championships which saw a record number of entrants compete and reaffirms the popularity of domestic competition moving into an Olympic year."

The news was also heralded by Exertrain chairman Gordon Kent, who revealed the company are excited to be extending their agreement with British Weightlifting.

“We are delighted to partner with British Weightlifting at the sport’s first major domestic competition of 2016,” he said.

“Helping to engage people in sport and encouraging them to share our passion for physical activity is at the very core of everything we do and we’re excited to extend our existing relationship with British Weightlifting to support at the 2016 English Championships.”

Commonwealth Games gold medallist Zoe Smith will be one of the headline performers at the event.

Smith, winner of the women’s 58 kilograms event at Glasgow 2014, will compete in the 63kg class at the Championships.

The 21-year-old recently broke the British record for total weight lifted at the World Weightlifting Championships in Houston, amassing 221kg on her way to a ninth-place finish.

Other notable competitors at the English Championships are set to include European youth champion Rebekah Tiler, holder of record for clean and jerk with an impressive 124kg.

The event will offer athletes the chance of earning a spot at the European Championships in Førde in Norway in April, where further qualification points for this year's Olympic Games in Rio de Janeiro will be available.

“As the first major domestic competition on the weightlifting calendar in an Olympic year the athletes will all be hugely motivated to put on a strong performance, meaning we can expect hard-fought and hotly contested battles to take place over the two days," Metcalfe said.