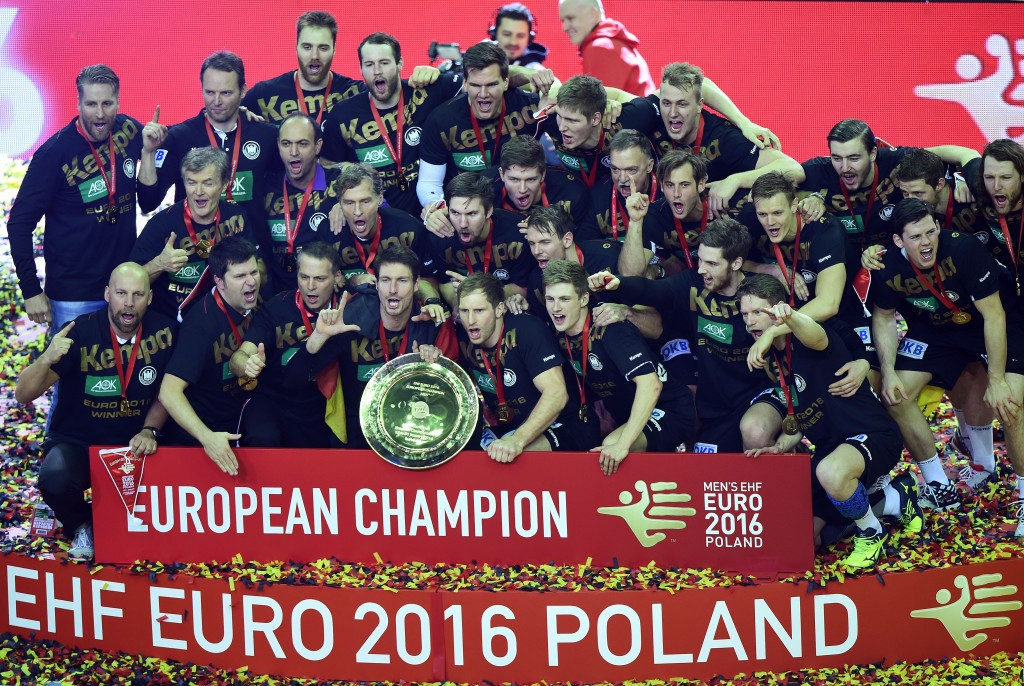 Germany earned their second European Men’s Handball Championship title by overcoming Spain in a low-scoring final at the Tauron Arena in Kraków, with their victory also securing their place in this year's Olympic Games in Rio de Janeiro.

Both counries had met during the preliminary round of the competition, with the Spanish team winning 32-29 on that occasion.

The narrow win had seen the Spanish begin the final as the favourites to claim the victory and seal their maiden European title, having finished runners-up in 1996, 1998 and 2006.

Germany proved extremely strong in defence during the opening stages of the match and were backed up by an inspired goalkeeper in Andreas Wolff, who continually foiled the Spanish attack.

With Kai Häfner finding the net regularly at the other end, Germany opened up a 10-6 advantage at half-time, with Spain’s tally being the lowest-ever achieved by a team at the midway stage of the final.

The German team stretched their advantage to seven points early in the second half to put the match out of their opponents reach and they wrapped up a 24-17 victory before a crowd of 15,000.

While the result saw Germany claim their first European crown since 2004, they also sealed Olympic qualification and a place at the 2017 World Championships.

Having fallen short of the title for the fourth time, the 2013 world champions Spain will be forced to compete at the second 2016 Olympic Qualification Tournament in April, where they will meet Slovenia, Sweden and Iran.

The first tournament sees Poland, Macedonia, Chile and Tunisia drawn together, while Croatia, Norway, Denmark and Bahrain will meet in the third competition.

The top two finishes of each group will secure their places at Rio 2016.

Norway will be hoping gain revenge against Croatia in their group, having been beaten by their European rivals in today’s third place playoff.

The Norwegians had proved to be the surprise package of the competition but were unable to provide their opponents with a significant challenge, falling to a 31-24 defeat.

As bronze medallists, Croatia secured the final automatic berth to the 2017 World Championships in France.