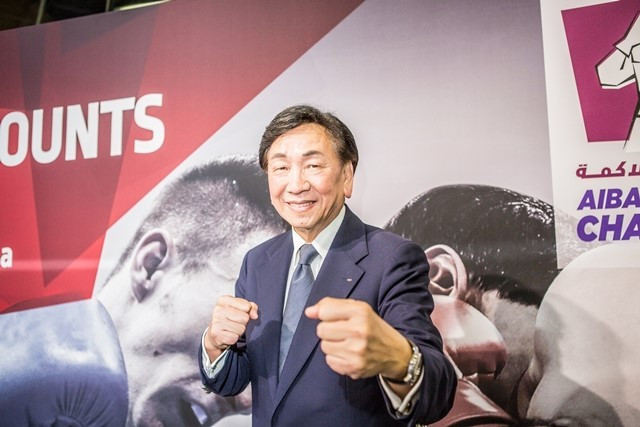 Wu is preparing to travel to England for key AIBA Commissions meetings, which will be held on February 23 and 24 at Old Trafford, the home of Manchester United Football Club.

More than 100 AIBA delegates from across the world will attend, with a range of issues due to be covered.

Discussions will be held by eight Commissions, including athletes and youth, coaches, medical issues, refereeing and judging, technical and rules and women's boxing.

There will also be talks on AIBA's continued expansion into the professional fight game and the World Series of Boxing competition.

“Twenty-sixteen is a special year for AIBA as we celebrate our 70th anniversary," said Wu.

"It’s not just a symbolic anniversary, it’s an opportunity to demonstrate the constant dynamism of our sport and its evolution in all areas.

"The 2016 Commissions will set precise guidelines in terms of the future development of boxing and having them take place in this boxing nation makes it even more unique.”

Paul Porter, England Boxing Chief Executive, said he was honoured that his country had been selected to host AIBA.

“The Commission meetings are an opportunity for the sport to consider and debate its future direction," he said.

"AIBA’s decision to hold the meeting in England is a great honour and a sign of the positive relationship that exists between England Boxing and the international governing body.

"We look forward to welcoming the delegates to England.”

Any recommendations made by the Commissions will be put forward as proposals to the next meeting of AIBA’s Executive Committee, which will be in July.