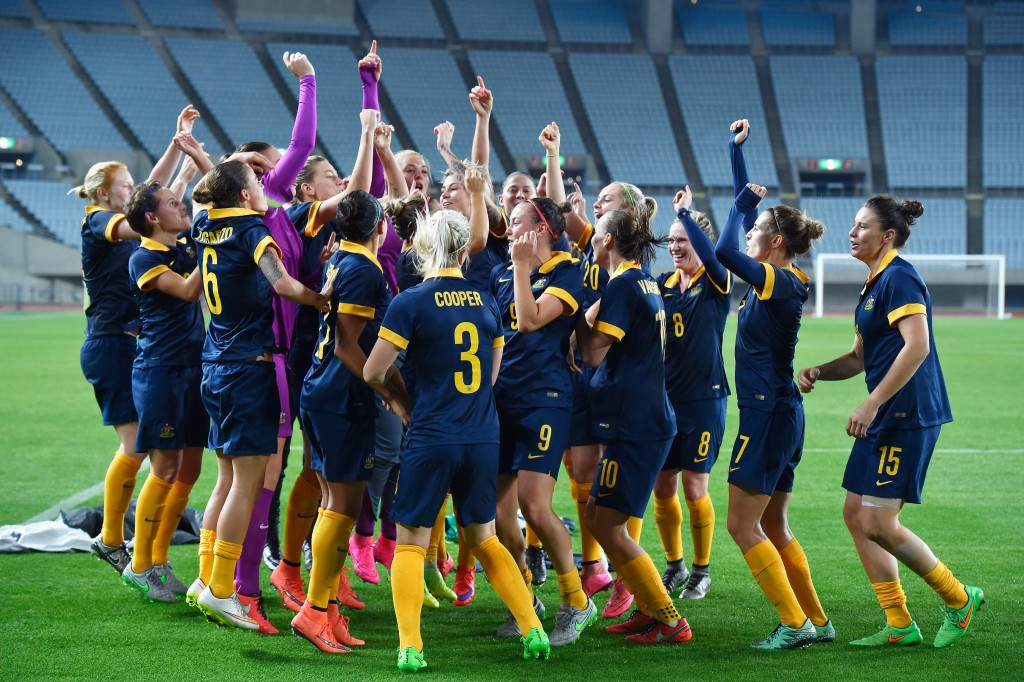 Australia and China have both booked their places at the Rio 2016 Olympics with a game to spare at the Asian Football Confederation (AFC) Qualifying Tournament.

Both sides cannot be ousted from the top two of the round robin – with just two Olympic spaces available – but their success means that hosts and London 2012 silver medallists Japan have made a shock exit and will not be in the Brazilian city in August.

Australia made it four wins out of four in the six team tournament as they struck late on to beat North Korea 2-1 at Nagai Stadium in Osaka, which is hosting all the matches.

Michelle Heyman put the Australians in front in the first half before Kim Su Gyong wiped out the advantage 12 minutes from time.

A draw looked on the cards but Katrina Gorry struck in the 83rd minute to settle it for Australia, who will play in a first Olympics since Athens 2004.

China made it three wins and a draw as Wang Shanshan’s strike saw them beat South Korea 1-0.

With Australia on 12 points and the Chinese on 10, neither can be caught as third placed North Korea have just five with one round of games remaining.

It means that Japan, also the World Cup runners-up, will miss Rio and that their 6-1 win over Vietnam counted for nothing.

China and Australia will meet each other in the final round robin fixtures on March 9, with South Korea playing Vietnam and Japan meeting North Korea.

The Japanese team's 2-1 defeat in their opener to Australia, and a later defeat by the same scoreline to China, proved to be key.

AFC President Shaikh Salman bin Ebrahim Al Khalifa, who was last month beaten in the FIFA Presidential election by Gianni Infantino, said: "I would like to offer my heartfelt congratulations to Australia and China for their outstanding performances throughout the tournament.

"Representing Asia is an honour and I am confident that both Australia and China will do Asia proud."