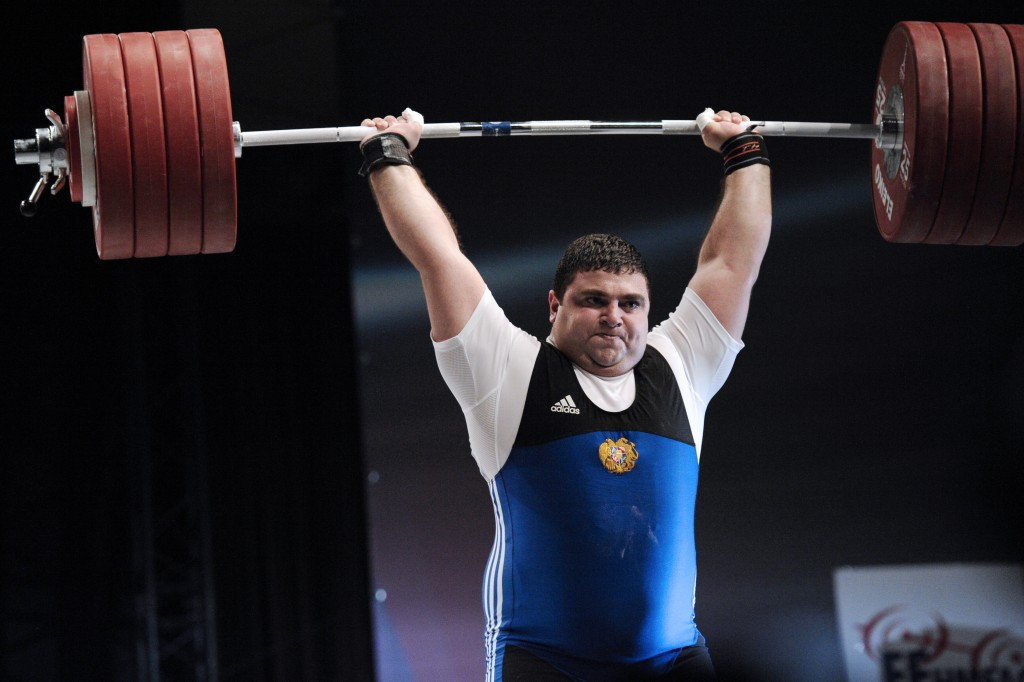 Armenia claimed double gold at the sixth edition of the Russian Federation President's Cup, the first event of 2016 with Olympic qualifying points on offer.

The International Weightlifting Federation (IWF) Grand Prix competition was held at the Ak Bars Sport Hall in Kazan, which has previously held the European Championships, the Summer Universiade and the Junior World Championships.

Ruben Aleksanyan, Armenia’s over 105 kilogram lifter, proved the dominant athlete in his division as he claimed all three gold medals on offer.

The 26-year-old topped the standings in the snatch event by achieving a lift of 189kg, before a second round effort of 241kg saw him win the clean and jerk title.

It saw him comfortably triumph in the overall classification with a combined total of 430kg, with Hungary’s Peter Nagy ending some way adrift in second place, having achieved 421kg.

The Czech Republic’s Jiri Orsag completed the podium by finishing on 414kg.

Hripsime Khurshudyan secured Armenia’s second title of the two-day competition by lifting a combined total of 246kg in the women’s over 75kg competition.

The London 2012 bronze medallist’s tally was comfortably ahead of Russia’s Lyaysan Makhiyanova and Ekaterina Iutvolina, who earned the minor medals with totals of 228kg and 216kg respectively.

Russia were narrowly denied the overall title in the under 75kg women’s event, with reigning junior world champion Mariia Petrova topping the snatch standings by lifting 106kg, en-route to a final total of 232kg.

However, Canada’s Johanie Filiatreault achieved 131kg in the clean and jerk to win the overall title with 233kg, while the United States’ Jessica Phillips lifted a combined total of 204kg to win bronze.

The home crowd were able to celebrate success in the under 94kg event, as Adam Maligov topped the standings in both the snatch and the clean and jerk events to win overall gold with a total of 375kg.

His compatriot Victor Getts and the United States’ Angelo Bianco completed the podium with 360kg and 327kg respectively.

Poland’s Jaroslaw Pawel Samoraj dominated the under 105kg event by lifting a total of 400kg, while Russia’s Gennady Muratov achieved 15kg less to take the silver on 385kg.