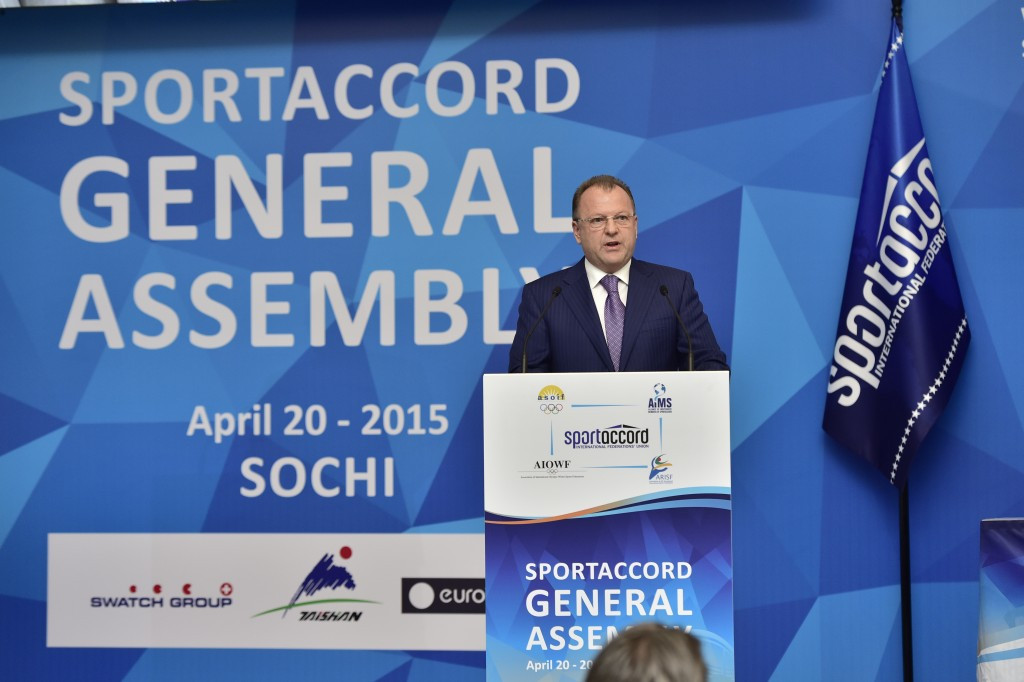 Working papers for next month’s SportAccord General Assembly seen by insidethegames show the sheer scale of the downsizing forced on the umbrella body for Olympic and non-Olympic sports, as a consequence of the devastating fall-out from the bombshell speech delivered last year in Sochi by Marius Vizer, the then SportAccord President.

What is more, SportAccord’s Doping-Free Sport Unit (DFSU), which assists International Sports Federations on anti-doping matters, including testing, is expected to be responsible for CHF1.06 million (£768,000/$1.08 million/€972,000), or well over half, of these receipts.

No receipts or expenditures are budgeted for the body’s Multi-Sport Games Unit (MSGU) - even though future editions of both Combat and Mind Games are envisaged.

During the second half of 2015, staff numbers were cut by two-thirds, from 21 to seven, four of whom are responsible for the DFSU.

This appears to compare unfavourably with more than CHF1.5 million (£1.1 million/$1.6 million/€1.3 million) of income attributed to SportAccord Convention in the income statement for 2015.

This has been achieved via the dissolution of two reserves – one for sponsorship, one for MSGU risk – together totalling CHF1.7 million (£1.2 million/$1.8 million/€1.5 million).

The CHF1.5 million (£1.1 million/$1.6 million/€1.4 million) sponsorship reserve appears to be the one entered into the accounts in 2014 after a sponsorship search undertaken by Vizer.

This is alluded to by financial administrator Ron Froehlich in the minutes of last year’s SportAccord General Assembly.

“The President had promised to find sponsors,” Froehlich is reported as saying.

Vizer’s pugnacious April 2015 speech - delivered in the presence of International Olympic Committee President Thomas Bach and alleging that the Agenda 2020 reform process “hardly brings any real benefit to sport” - precipitated his own downfall at SportAccord.

He resigned as President on May 31, after a string of sports had withdrawn or suspended their membership, and Lima had withdrawn as host of the 2017 World Combat Games.

Since then, the sporting world has been plagued by major problems, with the crises at FIFA, the world football body, and the International Association of Athletics Federations adding to a succession of damaging performance-enhancing drug-related revelations and the struggles of Rio de Janeiro to be ready to host this year’s Olympics and Paralympics against a backdrop of economic and political crisis in Brazil.