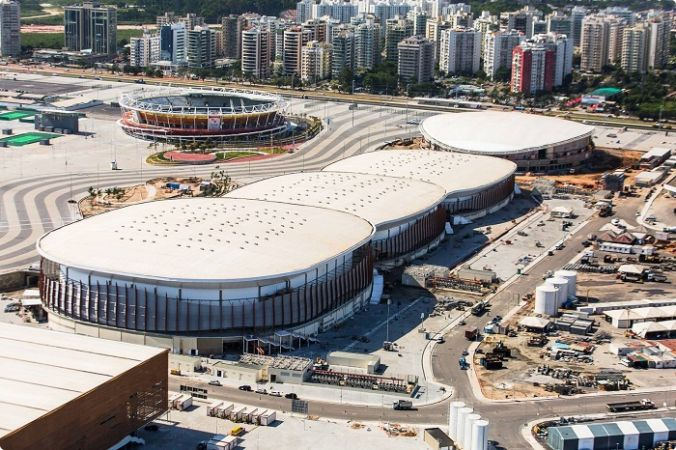 Rio de Janeiro's preparations for this summer's Olympic Games are set to come under the spotlight once again during the weightlifting test event, due to begin at the Carioca Arena 1 on the Barra Olympic Park tomorrow.

A total of 80 weightlifters representing 10 countries are expected to compete at the Aquece Rio South American Championships, due to come to a close on Sunday (April 10).

The competition is not taking place at the Olympic venue for weightlifting as the Riocentro Pavilion 2 will play host to the sport during Games time.

Weightlifting events at Rio 2016 are scheduled to be held from August 6 to 16.

All Olympic categories for men and women will form part of the programme at the Aquece Rio South American Championships, with women's 48 kilograms, 53kg, 58kg, 63kg, 69kg, 75kg and over 75kg due to be staged.

The competition in the Brazilian city marks the start of a frantic period of test events for organisers, with a further seven planned for April and four in May.

Events in shooting, swimming, gymnastics, Paralympic swimming, fencing, water polo and handball are all set to be held over the next month.

In May, a goalball test event is planned before the programme is rounded off by athletics, Paralympic athletics and football, all of which will take place at the Olympic Stadium.

Last month, Rio 2016 were forced to cancel the track cycling test event due to delays in installing the track at the Velodrome, providing the latest blow to preparations with less than four months to go.

Concerns had been prominent in the build-up to the event, which was due to take place from April 29 to May 1, over the readiness of the facility, located at the Barra de Tijuca Olympic Park.

It was initially supposed to be held between March 18 and 20 but was pushed back in a bid to allow more time for the track to be laid.

The Aquece Rio International Track Cycling Challenge was supposed to be the first event to be held at the venue.