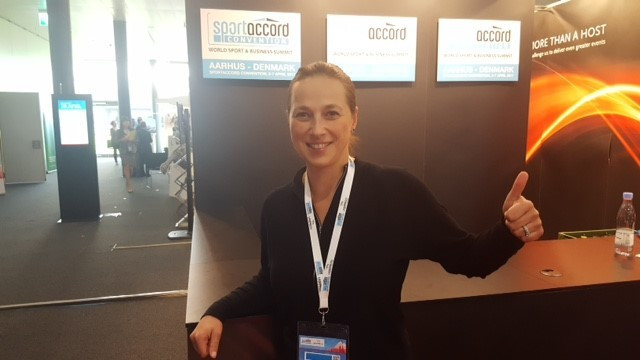 Anna Arzhanova has made a late appeal to show how she is prepared to work closely with the International Olympic Committee (IOC) on the eve of an election here to choose the new President of Sportaccord.

Arzhanova is perceived as the less-favoured candidate of the IOC as she is close to former SportAccord President Marius Vizer, who resigned last May after he criticised the IOC and its President Thomas Bach at the SportAccord General Assembly in Sochi.

Some Federations fear the election of Arzhanova could lead to the IOC withdrawing their support for SportAccord.

In a document entitled "Working with the IOC is possible and constructive" circulated ahead of the vote, Arzhanova has attempted to allay these fears.

"My working programme for these days has been shared with and by more than 47.000 athletes," she said.

"It is a good sign, because it means that my programme goes in the right direction and actually I want to work as a bridge between the IOC, the sports federations and the athletes, inside the common platform of SportAccord."

Her ideas include working with the IOC to showcase SportAccord-organised multisports Games on the new Olympic Channel.

It follows Bach meeting with various groupings of Federations here during the ongoing SportAccord Convention, including the Association of IOC Recognised Federations (ARISF) and International World Games Association (IWGA).

Arzhanova, bidding to become the first female SportAccord head, sits on the ARISF Council and the IWGA Executive Board.

“These important meetings show that working together with the IOC is possible and constructive," she added.

"And definitely my candidacy is aimed to promote and strengthen this collaboration."

Baumann, also a member of the IOC, is generally seen as the favourite on the eve of the election.

He is thought to have drawn sufficient support from the 58 non-Olympic sports which make up the majority of the 89 members to gain the necessary 45 votes.

Arzhanova, however, has been praised for her campaign and cannot be completely discounted.

One Federation representative has also told insidethagames of their concerns about Baumann's suitability for the role because he is a paid employee of a world governing body so may be more subject to more conflicts of interest.

The election is the 12th out of 15 items on an agenda for the General Assembly due to begin at 9am here tomorrow.