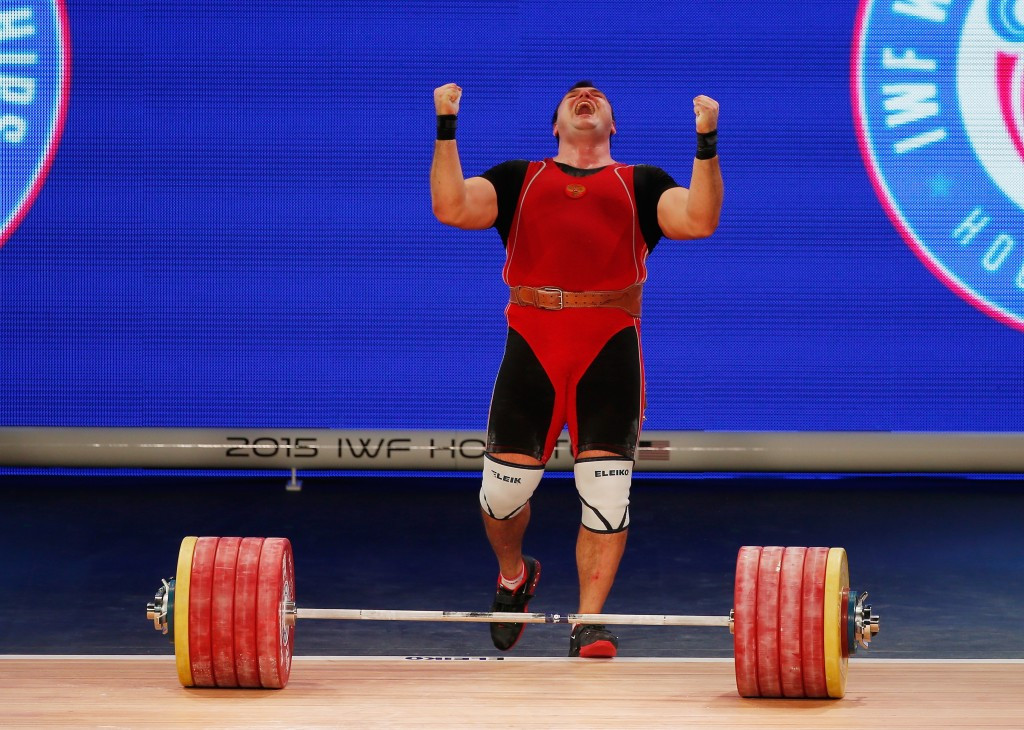 Three other Russians - women's clean and jerk gold and overall under 75kg bronze medallist Olga Zubova, under 94kg snatch champion Aleksei Kosov and women’s under 69kg lifter Olga Afanaseva - were among 24 athletes to fail tests during the event.

All the cases still remain “open”, according to the International Weightlifting Federation (IWF), with final decisions yet to be published.

But Lovchev told the TASS news agency today that he received notification of a four-year ban from the IWF “yesterday evening” after a hearing in Budapest last month.

Both his A and B samples showed traces of the banned substance.

This has been confirmed by Weightlifting Federation of Russia vice-president Maxim Agapitov, who also told Russian media today that Zubova has been handed an eight year suspension.

Kosov and Afanaseva have each reportedly received four-year bans.

The IWF are neither confirming nor denying these reports as the cases remain “open” pending a 21-day notice period following notification of decisions in which appeals can be launched.

“We are in the process of closing all the cases from the World Championships and hope to have completed this soon,” a spokesperson told insidethegames today.

Lovchev has already vowed to appeal the reported IWF verdict at the Court of Arbitration for Sport (CAS).

"I disagree with the IWF disqualification," the 26-year-old added to TASS.

"Together with my lawyer we will appeal the ruling at the CAS - we have all reasons for doing that."

All the cases are expected to be fully completed by an IWF Executive Board meeting scheduled for Tbilisi in Georgia on June 22 and 23.

But if all four cases are upheld, there would now be eight Russians serving doping suspensions within the two-year Olympic qualification window.

Under the IWF's anti-doping policy, the Executive Board retains the right to remove one quota place from a country if four doping failures are registered within the qualification window, while six or more cases can result in two being withdrawn.

Russia have secured a maximum of 10 Rio 2016 quota places but would be expected to forfeit two.

This would be a major blow considering the Russian athletics team also stand to be absent in Rio due to the All-Russia Athletic Federation being suspended following allegations of state-sponsored doping.

Countries which register nine weightlifting failures within a calendar year are automatically banned from the Games, as Bulgaria were last year.

But as the Russian cases were spread across 2014 and 2015, this appears unlikely to apply.

Romania have also already lost one quota place, while Uzbekistan, Azerbaijan and Kazakhstan could all follow suit if open cases are finalised.

All decisions are expected to be made at the Tbilisi meeting, which could prompt Georgian celebrations as Lovchev's disqualification should lead to second-placed Lasha Talakhadze receiving the 2015 over 105kg World Championship title.