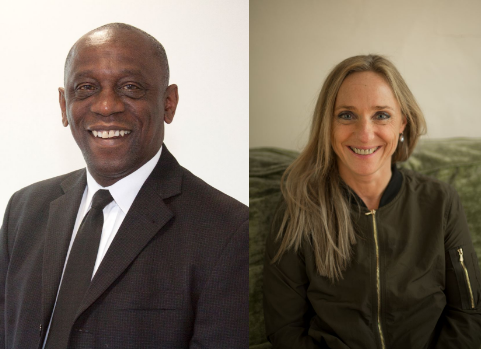 England Boxing has today announced the appointment of Michael Norford and and Hilary Lissenden as new boxing directors.

The pair have nearly 50 years' experience of working in the sport at all levels and will join the Board with immediate effect following an open recruitment process.

Norford has been involved with boxing for over 35 years as a boxer, coach, administrator and international referee.

Prior to his retirement in 2012, he was one of the highest qualified referees in England and officiated at major international tournaments, including World and European Championships and domestic events such as the England Boxing National Elite Finals.

He was part of the London Organising Committee of the Olympic and Paralympic Games' (LOCOG) boxing team at London 2012 where he served as the International Federations' boxing group leader.

During that 17-year period, he contributed to the strategic leadership and management of both organisations in a bid to ensure that armed forces boxing was administered in line with the requirements of the national governing body.

Lissenden, meanwhile, is a founding director and chief executive of London Community Boxing (LCB), a charity based around boxing in all its forms - from recreational to elite competition - as a pathway to personal development and social cohesion.

Under her leadership, the LCB is said to have engaged more than 3,000 individuals through the medium of boxing - many of them previously inactive or at risk of exclusion - and forged links with over 30 community partners.

Lissenden’s work has secured the funding and support for LCB to set up a permanent base in Peckham in south-east London, which serves as a fully accessible boxing facility for the community as well as being home to LCB club’s competitive squads.

The two new directors will join the England Boxing Board, which is currently made up of chairman Caspar Hobbs, and five other boxing directors - Giorgio Brugnoli, Darren Chapple, Henry Herbert, Michael Loosemoore and David Newth.

"We have appointed two absolutely outstanding candidates who will significantly enhance the skills and capabilities of the Board," said Hobbs.

"They have a wealth of experience in boxing at all levels and I am confident that, along with our existing Board members, they will make a significant contribution to the future development and success of both the sport and England Boxing."

The non-executive directors are Alkit Patel, Philip Beard and Tove Okunniwa with a fourth due to be recruited in the near future.

England Boxing is responsible for Whole Sport Plan for boxing, 2013 to 2017, and works with Sport England to grow and sustain participation and create opportunities and pathways for the most talented boxers to progress to the elite level.

At a high performance level, England produced four of the five boxers who won Olympic medals for Britain at London 2012, including gold medallists Nicola Adams, Luke Campbell and Anthony Joshua.