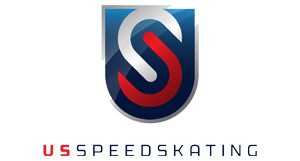 US Speedskating have announced the appointment of Anthony Barthell as the coach of their men’s short track national team.

The 38-year-old takes up the post having spent the past two seasons at the head coach of the Australian short track speed skating team, which is part of the Olympic Winter Institute of Australia.

He is now set to renew his acquaintances with US Speedskating, having previously served as the head coach of the United States junior world team from 2012 to 2014, after a spell as a coach at Utah Olympic Oval's FAST programme.

During the two-year period he acted as team leader at the International Skating Union (ISU) Short Track World Championships and was an assistant coach of the country’s delegation for the 2014 Winter Olympic Games in Sochi.

“I am grateful for the opportunity to be a part of US Speedskating,” said Barthell.

“The US team has a strong contingent of skaters going into this pre-Olympic season.

“I look forward to working with the staff to elevate the team back to being a top contender going into Pyeongchang.”

As part of the coaching changes, Alex Izykowski has been promoted to the role of head of the women’s short track national team.

The 32-year-old, a member of the men’s American 5,000 meres relay team which earned bronze medals at the 2006 Winter Olympics in Turin, has spent the past two-years as US Speedskating’s short track programme manager and assistant coach.

He has also an assistant coach during Sochi 2014, having also assisted the team in various roles at Vancouver 2010.

“Alex has been an important part of our high performance staff for several years and we’re happy to see his continued development as an outstanding coach,” said Guy Thibault, US Speedskating high performance director.

“His appointment as our women’s short track national team coach speaks to the significant progress he’s made throughout his career.”

Both Barthell and Izykowski will look to prepare their teams ahead of the ISU World Cup Short Track season, due to begin on November 4 in Calgary.