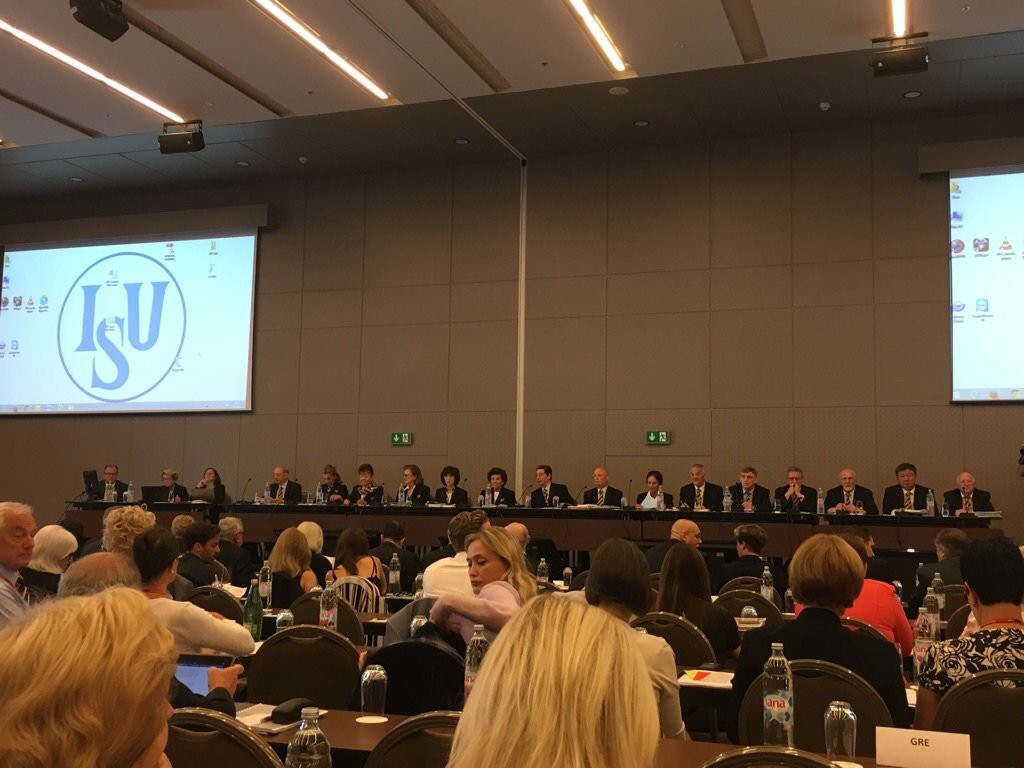 A five-day International Skating Union (ISU) Congress which is due to elect a new President for the first time in 22 years has begun here today.

The election to replace Ottavio Cinquanta are set to take place on the final day of the meeting on Friday (June 10), with new vice-presidents for figure skating and speed skating also set to be chosen along with other Council members.

French Ice Sports Federation President Gailhaguet is bidding to become the first individual associated with figure skating to lead the body in 36 years.

He is attempting to position himself as the reform candidate, although his bid is considered highly controversial by many after he returned to the sport following a three-year ban for his involvement in a judging scandal at the 2002 Winter Olympics in Salt Lake City.

His bid, which has been the most high-profile of the four, had been receiving support from Vero, the communications consultancy which supported Brian Cookson and Sebastian Coe when they were successfully elected heads of the International Cycling Union and International Association of Athletics Federations respectively in 2013 and 2015.

Vero have confirmed to insidethegames today, however, that they are not present here this week to support him.

Dijkema is ISU vice-president for speed skating and Sallak, who is ISU development coordinator, is most connected to short-track.

Buchanan is chairman of the ISU Synchronised Skating Technical Committee and finance director of the National Ice Skating Association of Great Britain.

It comes as skating continues to face problems over various aspects including its presentation, judging and accessibility to younger viewers.

The ISU is also continuing to face questions over its transparency and governance style, with Cinquanta known for a top-down approach in which there was little wider discussion of ideas.

Media are banned from this week's Congress, which has begun with the first of three days of discussions about proposed rule changes.

General ideas include a proposal for forming a long-awaited Athletes' Commission as well as introducing tighter regulations on membership criteria and eligibility for development funding.

More than 350 delegates are expected, with over 300 technical rules being debated and voted upon.

There are also two candidates for the vice-president positions responsible for figure skating.

More than two million people signed a petition calling for an investigation into the decision.

Dijkema is also re-standing for the speed skating vice-presidency, should he be unsuccessful in bid to become President.

He is up against existing Council member Roland Etienne Maillard of Switzerland and Tron Espeli of Norway.

There are also 11 candidates for the four figure skating members on the Council.

China's IOC Athletes' Commission member and former Olympic short track champion Yang Yang is among the speed skating candidates, along with Espeli and Delic once again.