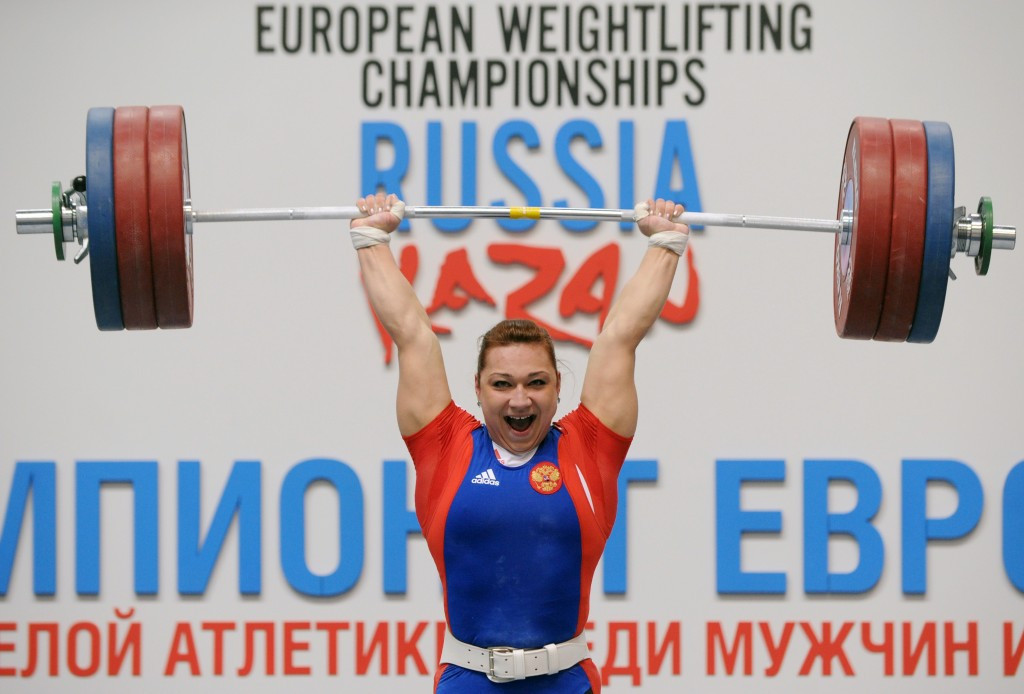 Russian weightlifters Marina Shainova and Nadezhda Evstyukhina are each set to be stripped of medals won at the Beijing 2008 Olympic Games after their B-samples also tested positive following re-analysis,

This was confirmed by the duos coach Vladimir Shainov today, who told the TASS news agency that each has failed for banned steroid turinabol.

Shainova had won silver in the under 58 kilograms class while Evstyukhina had managed under 75kg bronze.

"We have not yet received official papers on the following penalties, but I can now say for sure that she [Shainova] will be stripped of her medal and suspended," Shainov said.

"Evstyukhina is in the same position as her Sample B also tested positive."

If the duo are now stripped of their results, North Korea's O Jong-ae is set to be upgraded to under 58kg silver, while Wandee Kameaim of Thailand would take the bronze medal.

Iryna Kulesha of Belarus would be promoted to under 75kg bronze.

The results will have come as a relief to the International Olympic Committee (IOC) and anti-doping authorities after two Russians - race-walker Denis Nizhegorodov and rower Alexander Kornilov - produced negative B-samples after positive A-readings.

This suggested a possible problem with the re-testing procedures, with suggestions that positive substances gradually disappear from samples over time after samples are thawed.

Several other cases are still to be re-tested, including that of Beijing bronze medal winner and London 2012 high jump champion, Anna Chicherova.

Thirty-two postive samples were found by the IOC after targeted re-analysis of Beijing 2008 samples, with a further 23 emerging at London 2012.

The International Weightlifting Federation (IWF) have admitted that 10 cases emerged in the sport at both the Beijing and London Games.

"As for Beijing, the results are qualified as presumed Adverse Analytical Findings, meaning that further analyses are currently done on the B samples," a statement explained.

"Should results be confirmed after these tests, IOC is in the process to inform the IWF of the presence of Adverse Analytical Findings.

"The IWF was notified about 10 presumed Adverse Analytical Findings from 2008 Beijing.

"As for London, the procedure was slightly different from the one in Beijing and the IOC has informed IWF of the presence of 10 Adverse Analytical Findings."