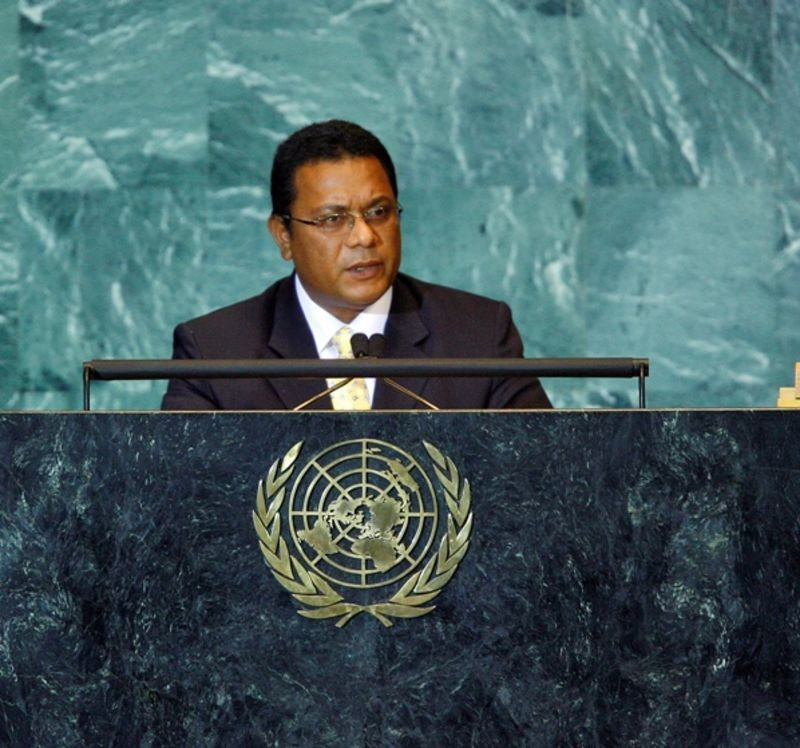 Nauru’s Marcus Stephen has been re-elected President of the Oceania Weightlifting Federation (OWF) at the body’s Executive Board meeting in Fiji’s capital Suva.

The OWF Electoral Congress was opened by Laisenia Bale Tuitubou, Fiji’s Minister for Youth and Sports, and saw Stephen elected until 2020 having first been appointed in 2008.

The 46-year-old former weightlifter was voted in as the President of the Nauru Olympic Committee (NOC) in 2009 to replace Vinson Detenamo, who held the position since the body was first recognised by the International Olympic Committee in 1994.

The NOC had been largely set-up in 1993 so that Stephen could compete in the Olympics.

In 1992 he had been forced to apply for Samoan citizenship so he could compete in the Barcelona Olympics.

In 1989, the Nauru Weightlifting Federation had also been set-up so that Stephen could represent the island nation in the following year's Commonwealth Games in Auckland.

He repaid the country's faith by winning three medals, including a gold in the 60 kilograms snatch.

It was the start of a remarkable period of success in the Commonwealth Games for Stephen and in his subsequent appearances in Victoria in 1994, Kuala Lumpur in 1998 and Manchester in 2002 he won a further nine medals, six of them gold.

But arguably his greatest moment came at the World Championships in Athens in 1999 when he won a silver medal in the 62kg clean and jerk event.

Stephen also served as President of Nauru from December 2007 to November 2011.

Meanwhile, the 2017 Oceania Championships were awarded to Gold Coast in Australia and will be organised in conjunction with the 2017 Commonwealth Championships.

The event could also potentially serve also as the test event for the 2018 Commonwealth Games in Gold Coast.

An IWF anti-doping seminar was also held where participants received the latest information about anti-doping activities from Jude Ellis, an IWF expert from New Zealand.

The seminar was fully funded by the IWF as part of its Development Programme.