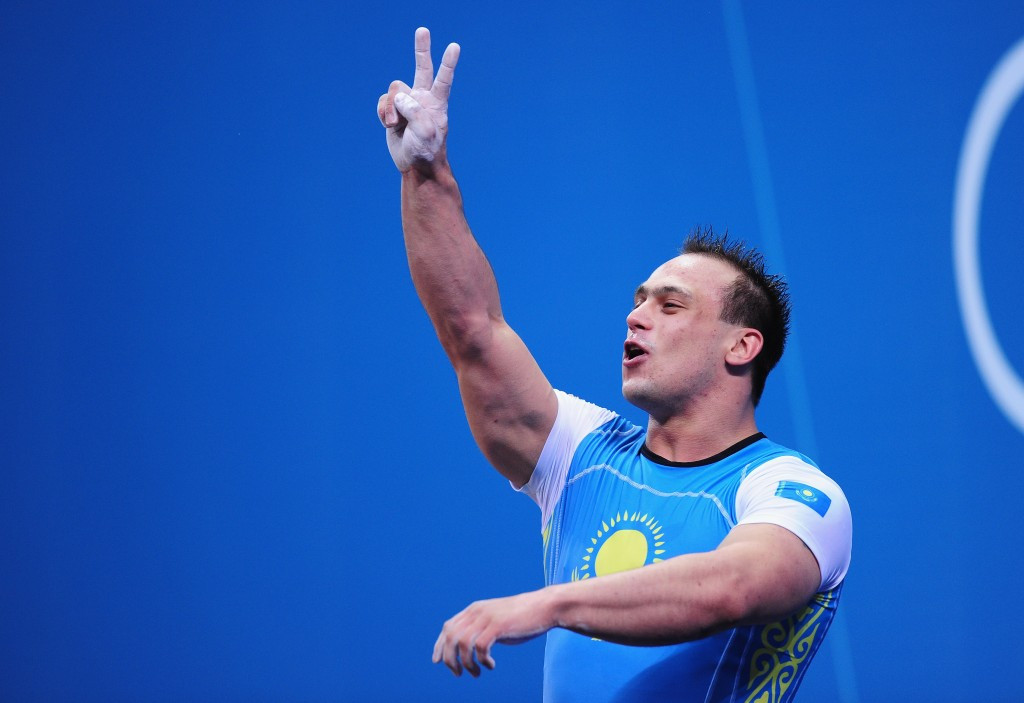 All four Kazakhstan weightlifting gold medal winners at London 2012 have failed doping tests following re-analysis of samples, it has been announced today.

Adverse analytical findings registered by 10 athletes spanning five countries - all in Eastern Europe or Central Asia - have been confirmed by the International Weightlifting Federation (IWF).

Among these is Ilya Ilyin, one of Kazakhstan's best known sportsmen who won under 94 kilograms gold medals at Beijing 2008 and London 2012.

He failed for anabolic steroids dehydrochloromethyltestosterone and stanozolol.

Zhulfiya Chinshanlo, winner of the under 53kg title, also failed along with under 63kg winner Maiya Maneza and under 75kg champion Svetlana Podobedova.

All failed for stanozolol, while Chinshanlo's sample also showed traces of oxandrolone.

Two other athletes from Belarus are on the list, in the form of Yauheni Zharnasek and Dzina Sazanavets.

Ironically, Russia, the country accused of having a state-sponsored doping system, could stand to gain three gold medals.

Aleksandr Ivanov placed second in the under 94kg category, as did Svetland Tsarukayeva in the under 63kg event and Natalya Zabolotnaya at under 75kg.

Taiwan's Hsu Shu-ching could stand to be promoted to the top position in the under 53kg competition.

Retests will be carried out automatically on any athlete who stands to gain medals.

Kazakhstan, who won seven gold medals during the Games, would plummet from 12th on the medals table down to 34th if they are stripped of the four titles.

It would be a major blow for a nation which is claiming to be working hard to address doping problems.

Another of its London 2012 winners was cyclist Alexander Vinokourov, who had returned from a two-year ban after being caught blood doping during the 2007 Tour de France,

Belarus, Ukraine and Azerbaijan are three other countries with poor doping records.

"In line with the relevant rules and regulations, the IWF imposed mandatory provisional suspensions upon the athletes, who remain provisionally suspended in view of potential anti-doping rule violations until their cases are closed," said the IWF statement.

"Following the IOC’s decisions, the IWF will be in a position to take over the results management of these cases.

"The IWF will report the current standing of the Beijing reanalytical cases as soon as possible.

"Should it be determined in any of the cases that no anti-doping violation was committed, the relevant decision shall also be published."