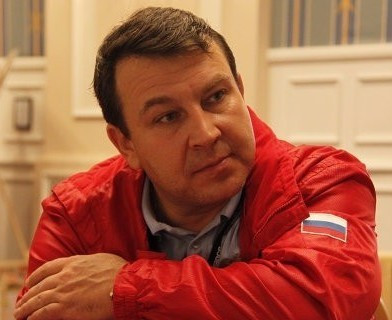 Syrtsov was chosen to lead the EWF’s Anti-Doping Commission at the body’s Executive Board meeting in Istanbul earlier this month, despite numerous doping cases involving his athletes.

A statement released by the IWF following the opening day of its own Executive Board meeting here in Georgia's capital expressed "disappointment" over the appointment of Syrtsov.

"Given the current environment, the IWF Executive Board strongly suggests that Mr Syrtsov and the European Weightlifting Federation reconsiders the appointment to this particular position," the statement read.

The RWF is one of three weightlifting Federations, along with those of Belarus and Kazakhstan, that will be suspended for one year in the event that it is proven the countries produced three or more anti-doping rule violations in the combined re-analysis of samples from 2008 and 2012 Olympics in Beijing and London respectively.

It means all three countries are in danger of missing this year's Olympic Games in Rio de Janeiro.

This was the headline decision made today by the IWF Executive Board, promising appropriate measures will be taken to make sure that those athletes implicated in the re-analysis process of Beijing 2008 and London 2012 - once disqualified by the International Olympic Committee (IOC) - shall not participate at Rio 2016.

Earlier this week, the IWF confirmed reports that Russians Marina Shainova and Nadezhda Evstyukhina were two of three weightlifting medallists from Beijing 2008 to have failed doping tests following the re-analysis of samples by the IOC.

Among the medal winners implicated in the re-analysis of London 2012 samples was Russia's Apti Aukhadov, runner-up in the men's under 85kg.

Even if Russia are allowed to compete at Rio 2016, the IWF Executive Board confirmed today that they will lose two quota places owing to multiple positive cases in the qualification period.

Over 105kg world champion Alexey Lovchev was reportedly handed a four-year ban last month after testing positive for growth hormone enhancer ipamorelin at the 2015 World Championships in Houston, but he is thought to be appealing the decision at the Court of Arbitration for Sport.

Three other Russians - women's clean and jerk gold and overall under 75kg bronze medallist Olga Zubova, under 94kg snatch champion Aleksei Kosov and women’s under 69kg lifter Olga Afanaseva - were among 24 athletes to fail tests during the event.

Zubova reportedly received an eight-year suspension, with Kosov and Afanaseva believed to have received four-year bans.

Syrtsov is due to be supported in his new role by Spain’s Emilio Estarlik, Estonia’s Jaan Taalts and Moldova’s Antonio Conflitti.

The EWF vice-president’s appointment was decided at the organisation’s first Executive Board meeting since their Congress in April, with IWF President Tamás Aján among those in attendance.