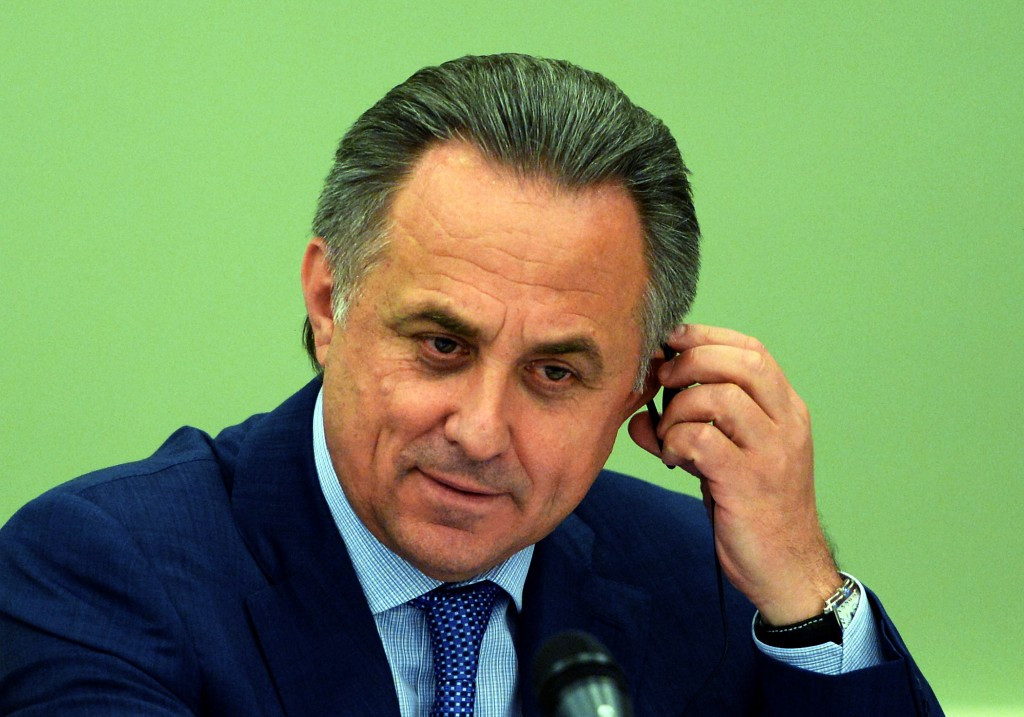 Russian Sports Minister Vitaly Mutko has described the decision to provisionally ban his country’s weightlifters from international competition as "a psychotic episode" that is outside the legal framework.

The Russian Weightlifting Federation (RWF), along with the Belarusian and Kazakhstani equivalents, will be suspended for one year in the event that it is proven the countries produced three or more anti-doping rule violations in the combined re-analysis of samples from 2008 and 2012 Olympics in Beijing and London respectively.

It means all three countries are in danger of missing this year's Olympic Games in Rio de Janeiro with final decisions on the possible bans due to be made after the International Olympic Committee (IOC) makes a definitive ruling on the retests.

"It is a psychotic episode, as if it is dictated, accompanied by a departure from the principals and norms," Mutko told R-Sport.

Earlier this week, the International Weightlifting Federation (IWF) confirmed reports that Russians Marina Shainova and Nadezhda Evstyukhina were two of three weightlifting medallists from Beijing 2008 to have failed doping tests following the re-analysis of samples by the IOC.

Among the medal winners implicated in the re-analysis of London 2012 samples was Russia's Apti Aukhadov, silver medallist in the men's under 85kg.

Even if Russia are allowed to compete at Rio 2016, the IWF has confirmed during its Executive Board meeting here that they will lose two quota places owing to multiple positive cases in the qualification period.

Mutko said the RWF will challenge the decision at the Court of Arbitration for Sport.

"The federation will file a lawsuit today or tomorrow and will defend its rights at court," he told TASS.

"Making such decisions ahead of the Olympics is disrespect for athletes and national teams."

The team earlier had the maximum quota of 10 - six men and four women.