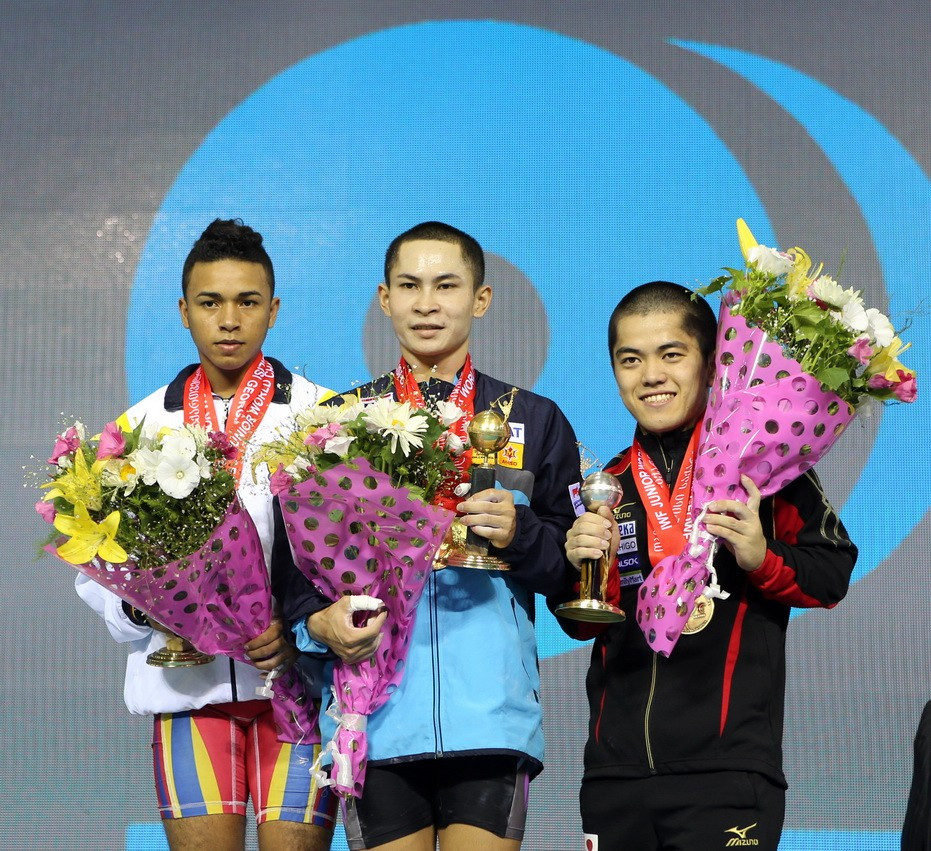 The Thai lifter, who finished seventh at the senior edition of the event in Houston, Texas last year, topped the podium with a 29kg advantage over silver medallist Rafael Patricio Alava of Ecuador.

Japan’s Yuya Senoo was 3kg further adrift as he clinched the bronze medal.

Mingmoon signalled his intention from the outset with a lift of 115kg in the snatch before he followed that up with a huge effort of 150kg in the clean and jerk, giving him an overall total of 265kg.

Alava was unable to keep pace with the Thai athlete and lifted a combined 236kg, hoisting 107kg above his head in the snatch and 129kg in the clean and jerk.

Senoo wasn’t far behind in third place but he was always facing an uphill battle after he only managed 98kg in the snatch discipline.

The Japanese competitor recovered with 135kg in the clean and jerk, the second highest lift in the competition, but was unable to usurp Alava in second as he had to settle for bronze.

Mingmoon was delighted with his triumph in the Georgian capital and warned his rivals he has the ability to lift bigger totals in his locker.

“I am very happy of being here,” Mingmoon said.

“I like Georgian people and atmosphere which is created here.

“I got silver medal in Poland and I am glad that I could get gold medal in Tbilisi.

“My own record in jerk is near 160kg, but I was little bit excited today and it affected my performance, and I couldn’t break record.”

The event in the Georgian capital is due to run until July 2.

The 2016 Junior World Weightlifting Championships were due to be held in Tunisian capital Tunis before the IWF opted to move the event, owing to security considerations and certain technical difficulties reported by the host nation.

It came after a group of armed gunmen attacked a hotel in Sousse in June, located around 145 kilometres from the capital, killing 38 people.

The IWF Executive Board took the decision to switch the Championships to Tbilisi at its meeting ahead of the 2015 World Championships at the George R. Brown Convention Center in Houston in Texas.