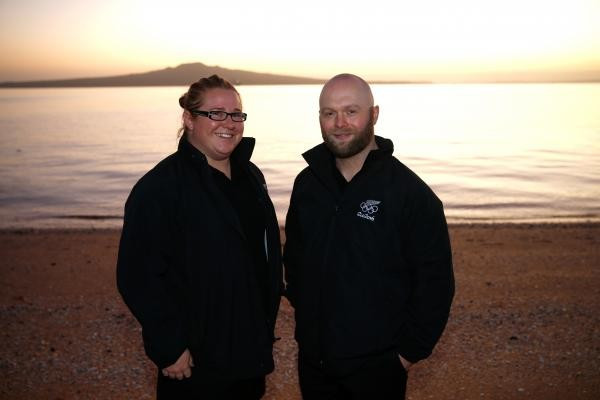 Commonwealth Games gold medallist Richie Patterson is one of two weightlifters along with Tracey Lambrechs that will represent New Zealand at this year’s Olympic Games in Rio de Janeiro, it has been announced today.

Following on from his gold medal-winning performance at Glasgow 2014, Patterson has secured his spot to lift in the men’s 85 kilograms division at Rio 2016.

Lambrechs, who claimed a bronze medal at Glasgow 2014, will compete in the women’s over 75kg division.

It has been 16 years since New Zealand last selected a male and female weightlifter for a Games, with Sydney 2000 marking the only other time this has occurred.

Nigel Avery and Olivia Baker competed for New Zealand in Sydney, where women’s weightlifting was introduced to the Olympic programme for the first time.

With selection, Patterson joins Don Oliver in being the only Kiwi weightlifter to be selected for three Olympic Games.

"I’m feeling very excited to once again be back on the Olympic platform, it is the pinnacle honour in the sport of Olympic weightlifting to compete at the Olympic Games," he said.

"Not only do I get to show my ability and compete against the best in the world, it is also a chance to represent the wider New Zealand sporting community in the New Zealand Olympic team.

"I look forward to exceeding my own expectations and to provide inspiration for generations to come."

Lambrechs will be making her Olympic debut at Rio 2016 having narrowly missed selection for London 2012.

"I’m feeling a mixture of relief, happiness and pride," she said.

"I'm excited about the opportunity to do what I love on one of the world’s biggest sporting stages."

New Zealand Olympic Committee (NZOC) chief executive Kereyn Smith was on hand to congratulate the athletes as their selections were confirmed in Auckland this morning, commending both athletes on their achievement.

"It has been excellent to see a positive mind-set shift towards our sport in recent times, with our development and age group teams swelling in size and lifting performance standards," he said.

"Richie and Tracey have both worked hard to gain selection for Rio and the entire teams’ effort in Fiji at the recent Oceania qualifying event was pleasing.

"We wish both athletes well for the Games and look forward to what looks to be a bright future for weightlifting in New Zealand."

Patterson is scheduled to compete on August 12, two days before Lambrechs.

The selection of the two weightlifters brings the total size of the New Zealand team for Rio 2016 to 111 athletes.