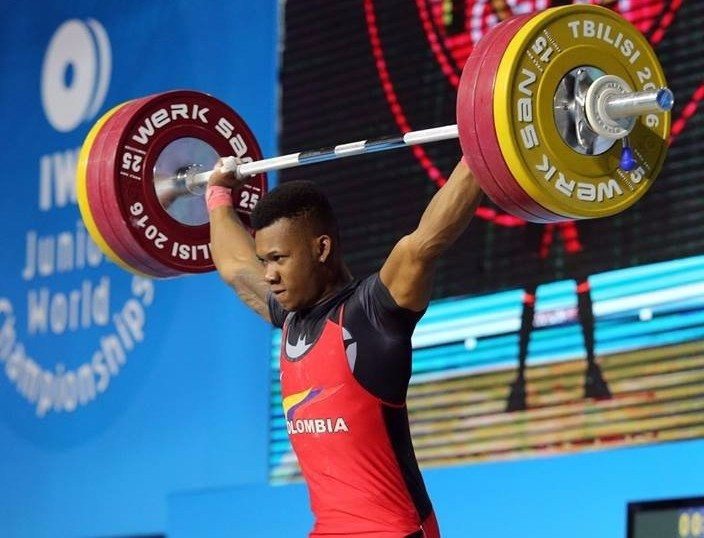 Lopez Lopez won the snatch with a lift of 156kg before going on to take the clean and jerk crown with 190kg.

His first clean and jerk lift of 185kg gave him the overall youth world record with 341kg and his second raised it further to 346kg.

Russia's Nanjing 2014 Summer Youth Olympic Games silver medallist Viacheslav Iarkin came closest to matching the 2015 youth world champion, posting 153kg to claim the runners-up spot in the snatch and 180kg to finish fourth in the clean and jerk for a total of 333kg.

Lopez Lopez’s compatriot Brayan Santiago Rodallegas Carvajal, the 2013 Pan-American youth champion, came third with 331kg having rounded out the snatch podium with 151kg and ended up fifth in the clean and jerk with 180kg.

Uzbekistan’s Shakhzod Khudayberganov managed to grab clean and jerk silver with 184kg and was followed in the standings by China’s Yukun Zhou, third with 181kg.

In the women’s 58kg category, China’s Lingli Ou recovered from finishing second behind Thailand’s Nawaporn Daengsri in the snatch to register an unrivalled lift of 120kg in the clean and jerk and take the overall crown with 217kg.

Daengsri’s lift of 97kg in the snatch saw her beat Ou on bodyweight but the 2015 youth world champion, celebrating her 18th birthday today, could only manage clean and jerk silver with 114kg and consequently had to settle for the overall runners-up spot with 211kg.

Uzbekistan’s Muattar Nabieva secured a clean sweep of bronze medals, posting 95kg in the snatch and 112kg in the clean and jerk for a total of 207kg.