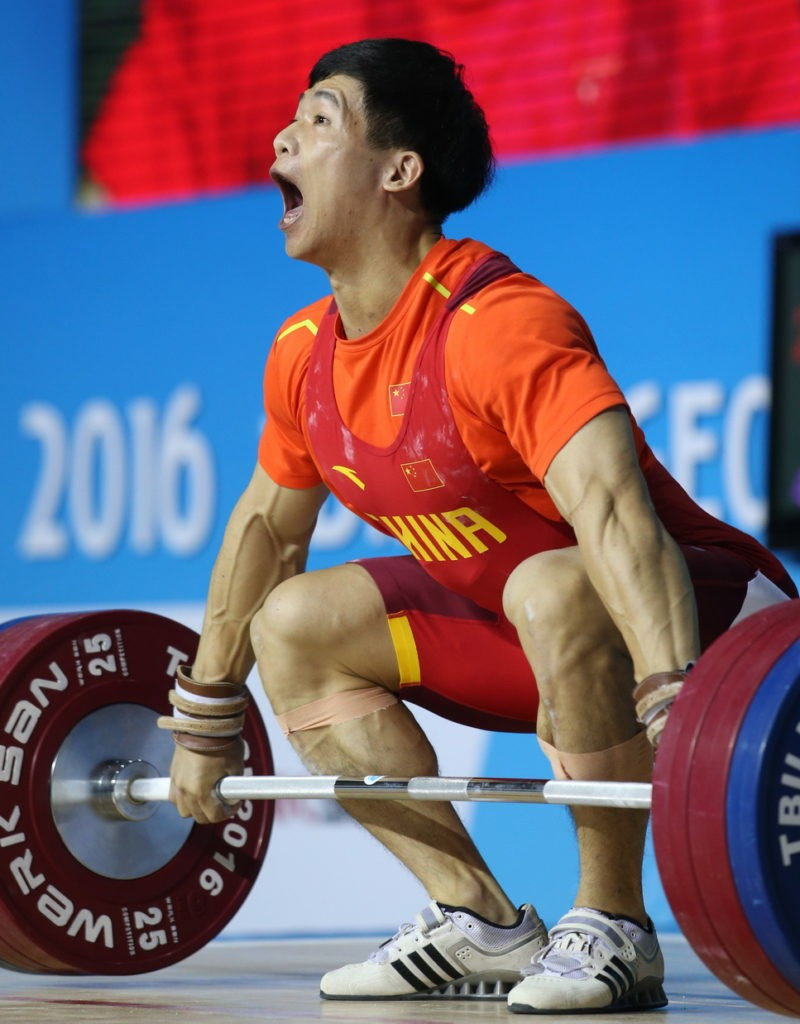 China’s Liu Jiawen won the men’s 85 kilograms overall title at the International Weightlifting Federation (IWF) Junior World Championships in Tbilisi, but it was B group lifter Jhonatan Rivas Mosquera of Colombia who stole the headlines by taking snatch bronze.

Liu posted a winning lift of 165kg in the snatch to condemn Italy’s Antonino Pizzolato to second place with 159kg, while Rivas Mosquera came third with 155kg.

Pizzolato won the clean and jerk with 201kg, but her total of 360kg wasn’t enough to deny Liu overall victory after the Chinese registered 200kg for an unrivalled sum of 365kg.

Despite finishing eighth in the snatch with 150kg, Qatar’s Fares Ibrahim E.H. Elbakh managed a bronze medal-winning lift of 196kg in the clean and jerk to finish third overall with 346kg.

North Korea’s Rim Un Sim was the dominant force in the women’s 63kg competition, winning the snatch with 105kg and the clean and jerk with 135kg - 2kg under the junior world record - to triumph overall with 240kg.

Rim, the 2014 Asian junior champion and a two-time junior world champion, started both the snatch and the clean and jerk after all the other competitors had taken their lifts.

Mexico’s Ana Lilia Duran Ayon came second overall with 216kg, having come third in the snatch with 94kg and second in the clean and jerk with 122kg.

Kiana Rose Elliott of Australia, the 2016 Oceanian champion, took the overall bronze medal with 204kg following a runners-up finish in the snatch with 95kg and fifth-place finish in the clean and jerk with 109kg.

Argentina’s Joana Valeria Palacios rounded out the clean and jerk podium with 113kg.