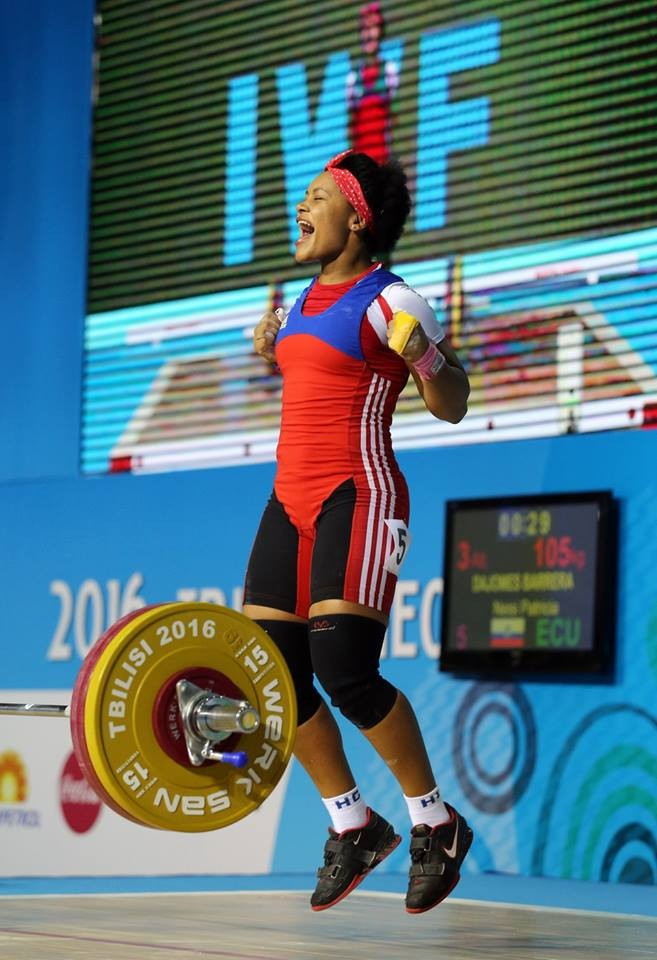 The reigning Pan-American junior and youth champion posted a lift of 105kg in the snatch and 125kg in the clean and jerk for an unrivalled total of 230kg.

Mexico’s Jennifer Michell Cantu Iglesias came second overall with 219kg after finishing fourth in the snatch with 95kg and second in the clean and jerk with 124kg.

Alona Shevkoplias of Ukraine was a close third, earning a total of 218kg having won bronze in both the snatch and the clean and jerk with 98kg and 120kg respectively.

Ecuador’s Angie Paola Palacios Dajomes beat Shevkoplias to snatch silver on bodyweight, but a fifth-place finish in the clean and jerk with 116kg saw her miss out on overall honours.

In the men’s 94kg, Uzbekistan’s Farkhodbek Sobirov won overall gold with 373kg despite having to settle for silver in both the snatch and the clean and jerk with 170kg and 203kg respectively.

Colombia’s Lesman Paredes Montano secured snatch gold with 172kg, but dropped to fourth in the clean and jerk with 200kg for a silver medal-winning total of 372kg.

Volodymyr Hoza of Ukraine registered a lift of 204kg to win the clean and jerk after failing with all three of his attempts in the snatch - one at 170kg and two at 171kg.

Iran’s Reza Beiralvand finished third overall with 362kg having won bronze in both the snatch and the clean and jerk with 161kg and 201kg respectively.