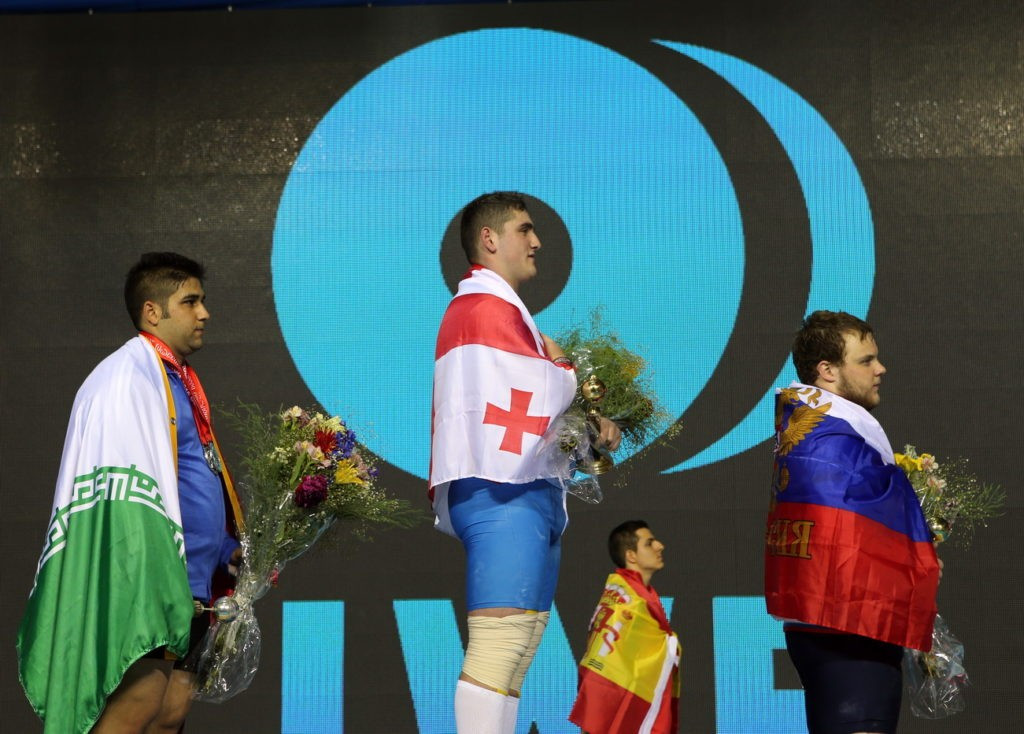 Chkheidze went into the contest as favourite and justified his standing with lifts of 172kg in the snatch and 207kg in the clean and jerk proving enough for an unrivalled total of 379kg.

His best effort in the snatch was enough to earn gold with Spain’s Ruiz I Velasco taking silver on bodyweight ahead of Iran’s Alireza Dehghanghahfarokhi after both managed 171kg.

Despite finishing third in the clean and jerk, behind Russia’s Nikita Solovev with 210kg and Dehghanghahfarokhi on bodyweight, Chkheidze still came out on top overall.

Joining him on the podium was runner-up Dehghanghahfarokhi and third-place finisher Solovev, who registered totals of 378kg and 375kg respectively.

"I am happy and proud.

"I want to dedicate this victory to my coaches, fans and the whole country, Georgia."

In the women’s 75kg category, European champion Iryna Dekha of Ukraine was victorious after a hard-fought battle for gold with Asian champion Ankhtsetseg Munkhjantsan of Mongolia.

Dekha finished second behind Munkhjantsan in the clean and jerk on bodyweight as both managed 138kg.

However, the Ukrainians earlier win in the snatch with 116kg - 1kg more than second-placed Munkhjantsan - ultimately proved the difference.

Dekha’s total of 254kg ensured her top honours overall with Munkhjantsan second on 253kg and China’s Xiaomei Liang - bronze medallist in both the snatch and the clean and jerk with 109kg and 136kg respectively - third on 245kg.