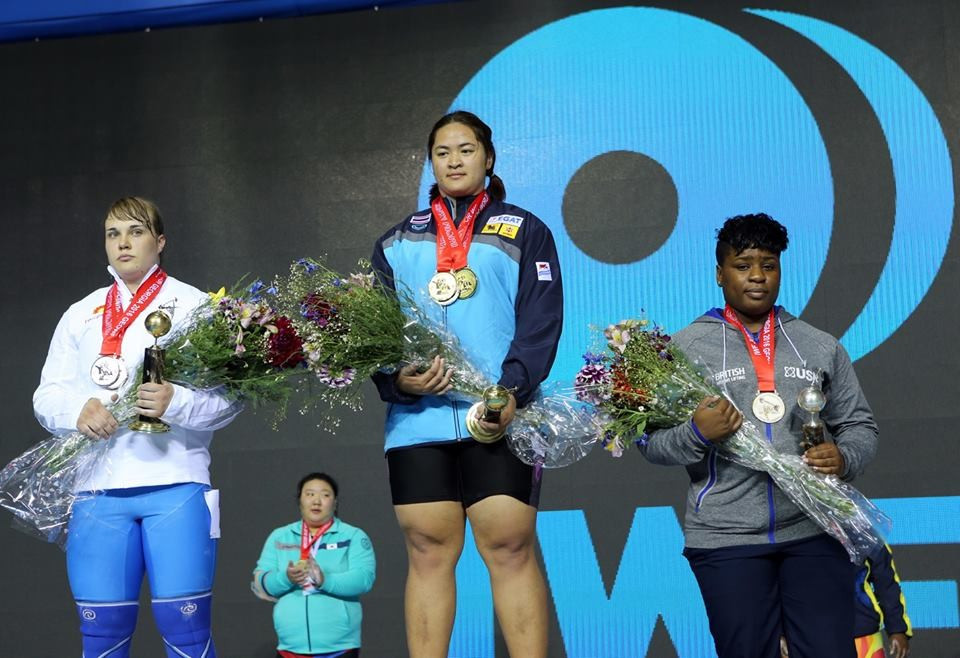 Thailand’s Duangaksorn Chaidee held off a strong challenge from home favourite Anastasiia Hotfrid to win the women’s over 75 kilograms title on the final day of action at the International Weightlifting Federation (IWF) Junior World Championships in Tbilisi.

Despite finishing second behind Hotfrid in the snatch, with 115kg to the Georgian’s 116kg, Chaidee beat her rival to clean and jerk gold by a margin of 10kg to take the overall crown.

Great Britain’s Mercy Opeyemi Brown won overall bronze, despite coming fourth in both the snatch and the clean and jerk with 105kg and 131kg respectively.

Brown’s total of 236kg saw her end up just ahead of Ecuador’s Lisseth Betzaida Ayovi Cabezas, the snatch bronze medallist with 108kg, and South Korea’s Kim Jihyeon, the third-place finisher in the clean and jerk with 132kg.

Ayovi Cabezas and Kim both managed totals of 235kg with the former taking fourth spot on bodyweight.

The Armenian won the snatch and the clean and jerk with 187kg and 225kg respectively, leaving the rest of the field to battle it out for the silver and bronze medals.

Egypt’s Ahmed Mohamed Abdelhamed Mohamed Gaber was the overall runner-up with 387kg having finished sixth in the snatch with 166kg and second in the clean and jerk with 221kg.

Tamas Kajdoci of Serbia missed out on silver on bodyweight after bronze-medal winning performances in both the snatch and the clean and jerk with 171kg and 216kg respectively.

Japan’s Kosuke Chinen came second in the snatch with 177kg, but finished way down in ninth place in the clean and jerk with 200kg.

It meant he finished fifth in the overall standings with 377kg, just behind Iran’s Amirhossein Fazlikosalari who managed 379kg.