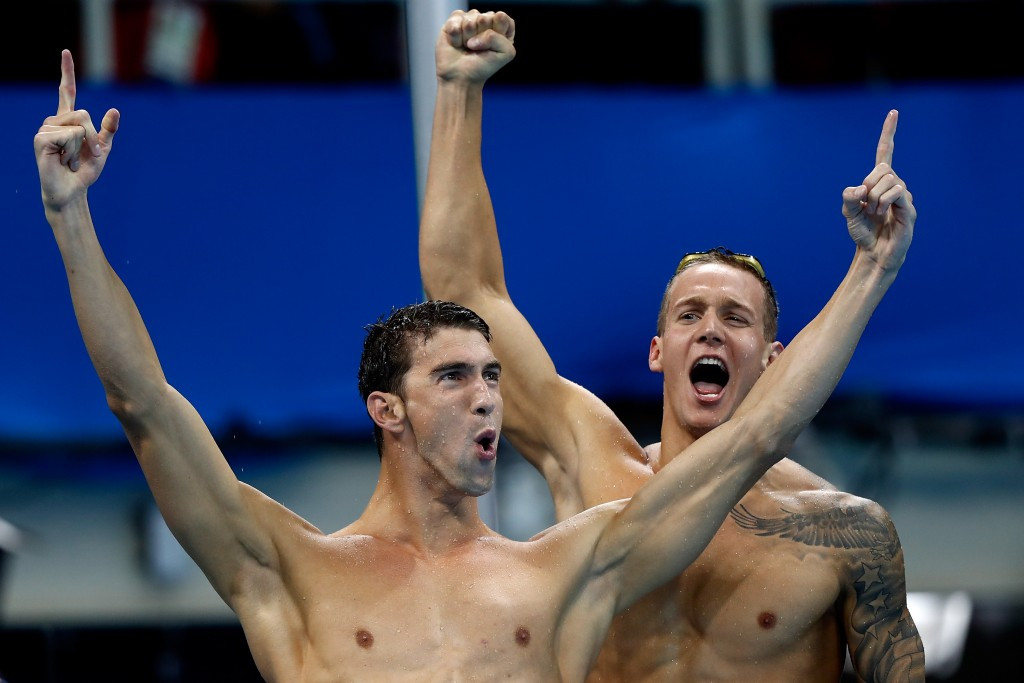 Sweden's Sarah Sjöström, Britain's Adam Peaty and United States' Katie Ledecky each broke world records in the pool before Michael Phelps brought the curtain down on a thrilling night of swimming action by helping his team to a 4x100 metres freestyle relay gold medal.

It was a 19th gold medal for the 31-year-old, already the most decorated Olympian of all-time, and he showed his trademark fighting spirit with a second leg of 47.12sec to propel his team into the lead.

They never looked like losing from there, as Ryan Held and than Nathan Adrian moved further head to take victory in 3min 09.92sec.

Caeleb Dressel had put them in second place after leg one before they avenged their defeat to France four years ago in London.

For Phelps, it marked a triumphant return after his brief retirement from the sport.

Ledecky arguably outdid her compatriot, however, by shattering the world record to win the 400m freestyle, the first American gold medal in the pool at Rio 2016.

Her biggest opponent was the clock as she won in 3:56.46 to take almost two seconds off her previous mark before screaming and punching her fist in celebration.

"Three fifty six was the goal I set after Barcelona 2013 [World Championships]," she said.

"So it feels really good.

"I'm pumped, I was so close to breaking it [this morning].

"I felt good throughout - the swim was almost identical to this morning, but with a bit more pop on the last lap."

Peaty, meanwhile, smashed the world record he had set in the 100m breaststroke in yesterday's heats.

"After my race I needed to slap something and there was just the water right there.

"It was crazy - it's amazing and I probably won't be able to sleep tonight."

It continued Britain's unique record of winning a gold medal at every edition of the Summer Olympics since Athens in 1896.

Sjöström also broke her own world record to take the 100m butterfly.

Her time of 55.48 took 0.16 seconds off her time at last year's World Championships and made amends for her fourth place finish at London 2012.

Sixteen-year-old Penny Oleksiak of Canada - only three months old when Michael Phelps swam at his first Olympics at Sydney 2000- took the silver medal in 56.46.