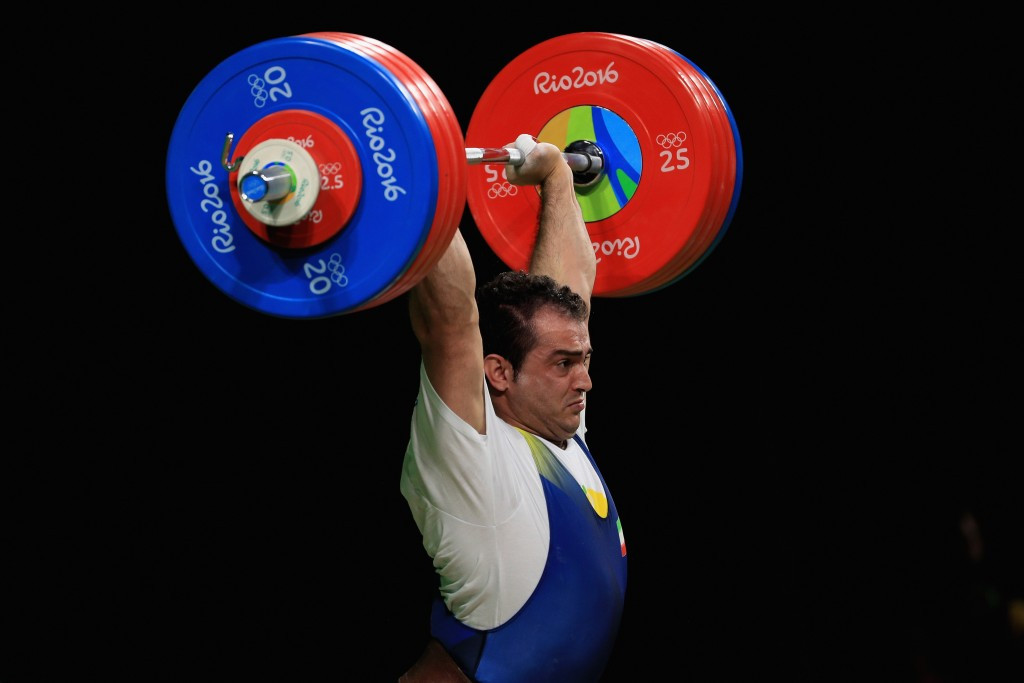 Sohrab Moradi made it two Olympic weightlifting gold medals in as many days for Iran after winning the men’s 94 kilograms title at the Riocentro - Pavilion 2 venue in Rio de Janeiro.

Moradi, who served a two-year ban from June 2013 to June 2015 after testing positive for methadone, posted a winning total of 403kg just 24 hours after compatriot Kianoush Rostami broke his own world record to claim the men's 85kg crown.

The one and only other time Iran won two gold medals at an Olympic Games was at Sydney 2000, where Hossein Tavakkoli and Hossein Rezazadeh topped the under 105kg and over 105kg podiums respectively.

Moradi’s first lift of 221kg in the clean and jerk was enough for gold when combined with his 182kg in the snatch.

He went on to make two unsuccessful attempts at 234kg in a bid to break the clean and jerk world record of 233kg.

"After one clean and jerk it was okay for me and I knew I had the chance to set a new record, but I couldn't do it," said Moradi.

World champion Vadzim Straltsou of Belarus claimed the silver medal with a total of 395kg and Lithuania’s Aurimas Didzbalis took bronze with 392kg to secure his country’s first Olympic medal in weightlifting.

It was a depleted field after Polish brothers Adrian and Tomasz Zielinski were both withdrawn for failing drugs tests.

Tomasz Zieliński, the reigning European under 94kg champion, was sent home on Tuesday (August 9) after testing positive for banned anabolic steroid nandrolone at the National Championships in July.

Older brother Adrian had claimed the 2010 world title in the under 85kg division before winning London 2012 Olympic gold four years ago.

His failure for nandrolone was announced yesterday by Michal Rynkowski, director of Poland's Commission Against Doping in Sport.

The 27-year-old still has a legal right to have his B-sample tested before a final ruling is made by the Court of Arbitration for Sport.

Also missing was Kazakhstan’s Ilya Ilyin, who failed following re-tests of samples from his under 94kg triumphs at the London 2012 and Beijing 2008 Olympic Games.

Rio 2016 weightlifting action is due to continue tomorrow with the women’s over 75kg competition.