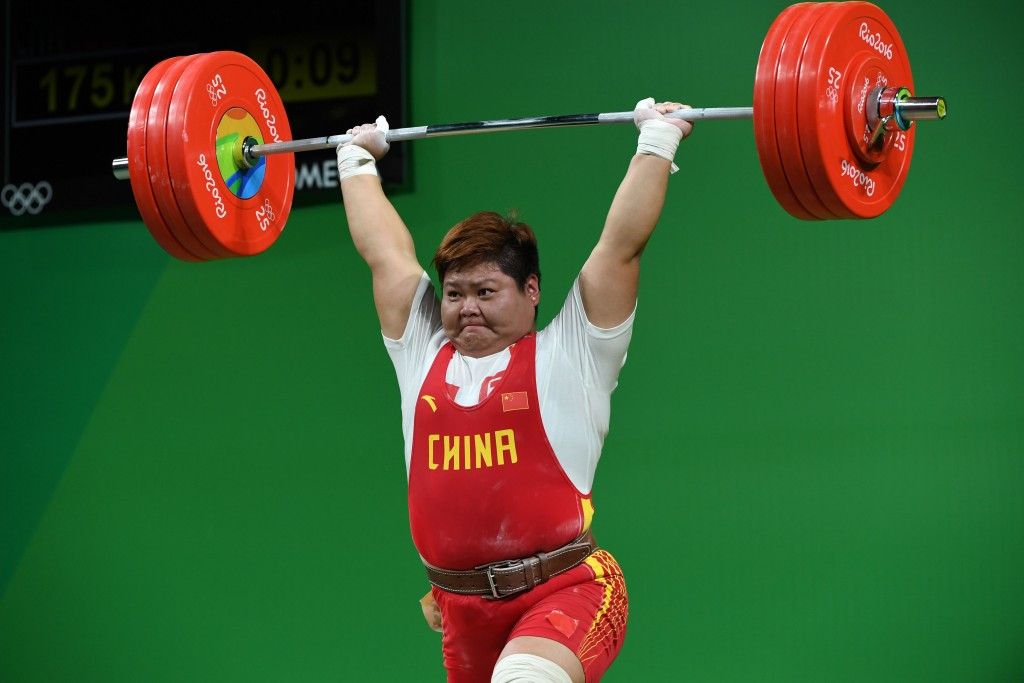 It saw her finish 1kg ahead of North Korea's Kim Kuk-hyang, while the United States' Sarah Elizabeth Robles took bronze with a total of 286kg.

"This competition for me was a very personal challenge," said Meng.

"I came on the stage a little bit nervous, but I was able to stabilise and go forward with my weights.

"Honestly, before the competition I didn't really think about how much weight I planned to lift.

"I was just following my coach's directions and treating every lift as a lift by itself and I think the end result was pretty good."

Meng’s victory gives China its fourth gold medal in this event after wins for Ding Meiyuan at Sydney 2000, Tang Gonghong at Athens 2004 and Zhou Lulu at London 2012.

China has won four gold medals in just one other women's weightlifting event, the women's 69kg.

Her silver earned North Korea its first medal in the highest weight class in weightlifting (men and women).

Robles' bronze gives the US its third medal in an Olympic women's weightlifting event following those of Tara Cunningham and Cheryl Haworth, the respective winners of under 48kg gold and over 75kg bronze at Sydney 2000.

"This has been very challenging mentally for me, trying to overcome my own self-doubts and trying to erase the negativity of a lot of people around me," said Robles.

"I have been working with a sports psychologist and I think that helped a lot.

"Before coming into the Games I was kind of getting wrapped up in the results too much; the weights on the bars, getting medals and so forth.

"Then we (the team) went to a programme before we came out here where former athletes spoke to us about Olympism and I suddenly realised the results are not necessarily what we are here for."

Rio 2016 weightlifting action is due to continue tomorrow with the men’s 105kg event.