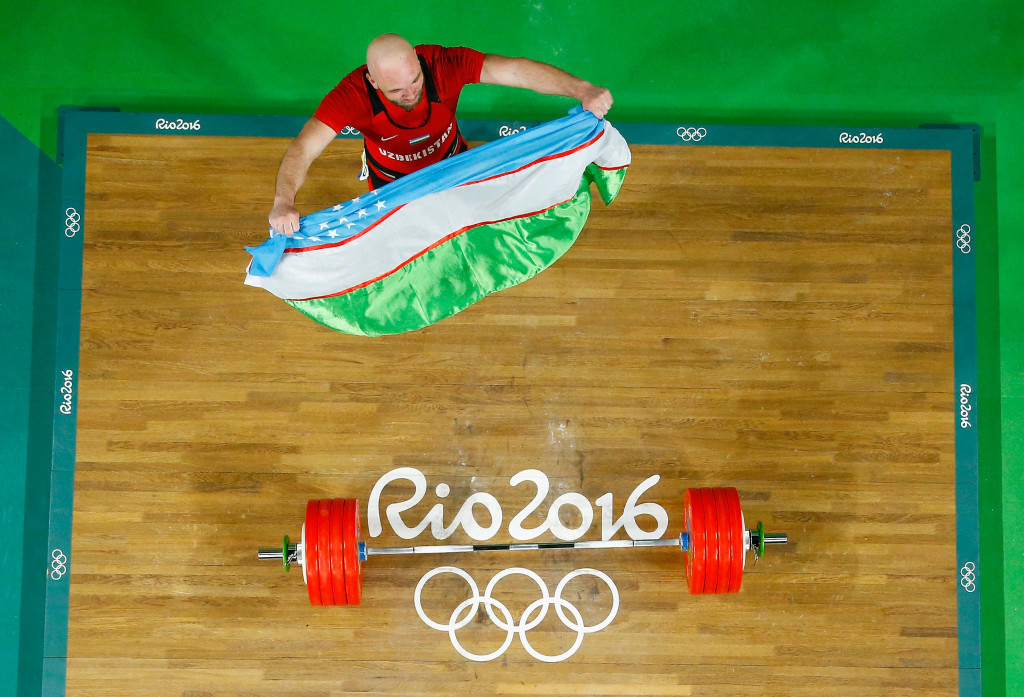 His victory crowned a successful return to action following two operations on his left knee.

The 24-year-old 2013 world champion was the marginal favourite heading into the contest in the absence of Kazakhstan’s Ilya Ilyin.

The Beijing 2008 and London 2012 under 94kg winner had stepped up to this division before re-analysis of both his Olympic samples tested positive shortly before these Games.

Nurudinov and fellow Uzbek lifter Ivan Efremov each managed 194kg after the snatch but it was always going to be the clean of jerk that proved crucial.

Nurudinov, fourth at London 2012, achieved an Olympic record of 237kg for an overall winning total of 431kg.

It was a remarkable performance from Nurudinov, whose place here had, at one time, looked in doubt because of injury.

"The first surgery took place in August 2014 in the lead-up to the World Championships in Almaty [where he placed second]." he said.

"Somehow I was able to perform in those World Championships, but right after that something went wrong and I had one full year of rehabilitation.

"In 2015 I flew to Germany and there surgery was performed.

"It was lucky we did that at that time because it took me 10 months to recover and another nine months to prepare for these Olympics.

"Twice it was the same surgery performed on my left knee."

Armenia's 19-year-old Simon Martirosyan claimed the silver medal with 417kg to continue the form he showed when winning this year's world junior title.

Alexandr Zaichikov of Kazakhstan only managed one valid clean and jerk lift but it proved enough for the bronze medal and a total of 416kg.