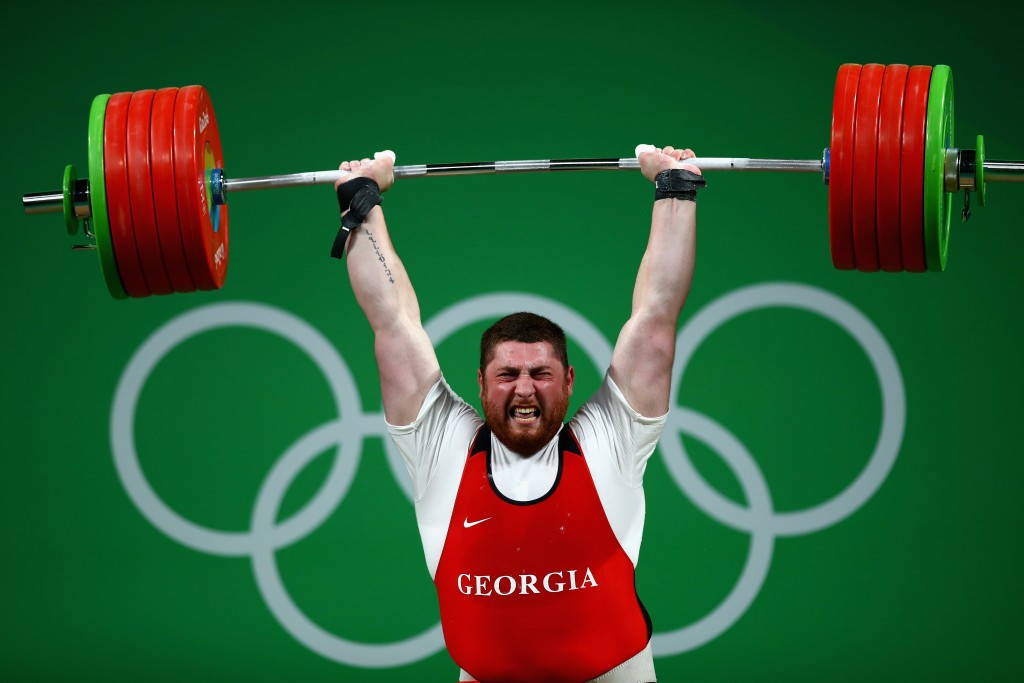 Weightlifting competition at Rio 2016 ended here in controversial fashion tonight as Georgia's Lasha Talakhadze took over 105 kilograms gold and a world record to boot, but only after Iranian favourite Behded Salimikordasiabi failed to register a valid clean and jerk lift.

Iranian coaches furiously remonstated with the juries as action still continued after defending champion - nicknamed the Iranian Hercules - was adjudged not to have made his final attempt successfully.

Talakhadze was thus left a runaway victory on a world record total of 473kg.

The night was always set up to a thrilling ending of a weak of competition, with the London 2012 winner Salimikordasiabi up against reigning world champion Talakhadze.

And so it proved, as the Georgian lift a world record 215kg in the snatch only for the Iranian - who had the previous mark of 214kg - to better this with a successful attempt at 216kg.

But the drama ramped-up as Salimikordasiabi's first clean and jerk attempt at 245kg was ruled a no lift before the jury dramatically overruled the judges' decision that his second had been legitimate.

It was ruled that his left arm had not been straight.

He failed again on his third attempt before leaving the podium gesticulating wildly at the judges.

Talkhadze then rubbed further salt in Iranian wounds by successfully lifting 258kg to break by a single kilogram the clean and jerk record mark set by Iran's Hossein Rezazadeh at Beijing 2008.

Armenia's Gor Minasyan took silver with a total of 451kg while there was more Georgian success as Irakli Turmanidze managed 448kg for bronze.

"I requested to see the video but they didn't give it to me," said a furious Iranian head coach Sajjad Anoushiravani afterwards.

"I feel like there is a conspiracy - I talked to the jury and they said they understood my concerns, but there is a system and that is why it could not be reversed.

"There were three judges sitting there and it wasn't enough for such an important weight [class].

"They [the jury] said his left arm was okay and his right hand was wrong.

"If the head of the federation says I can't do anything, we should throw the whole thing into the trash.

"They took the medal from us, we deserved the medal."

Talakhadze claimed the reaction inspired him to greater success.

"The crowd was making noise, the Iranians were crying and yelling and maybe this gave me more strength to become the champion," he said.

"Of course he [Salimikordasiabi] was the Olympic champion and the main person for me to conquer but he made some mistakes.

"All my career I have been trying to get this medal and finally I have become the Olympic champion."

It proved an entertaining finale to the week-long competition, with a packed arena having more to cheer when home hope Fernando Saraiva Reis finished a solid fifth with 435kg.