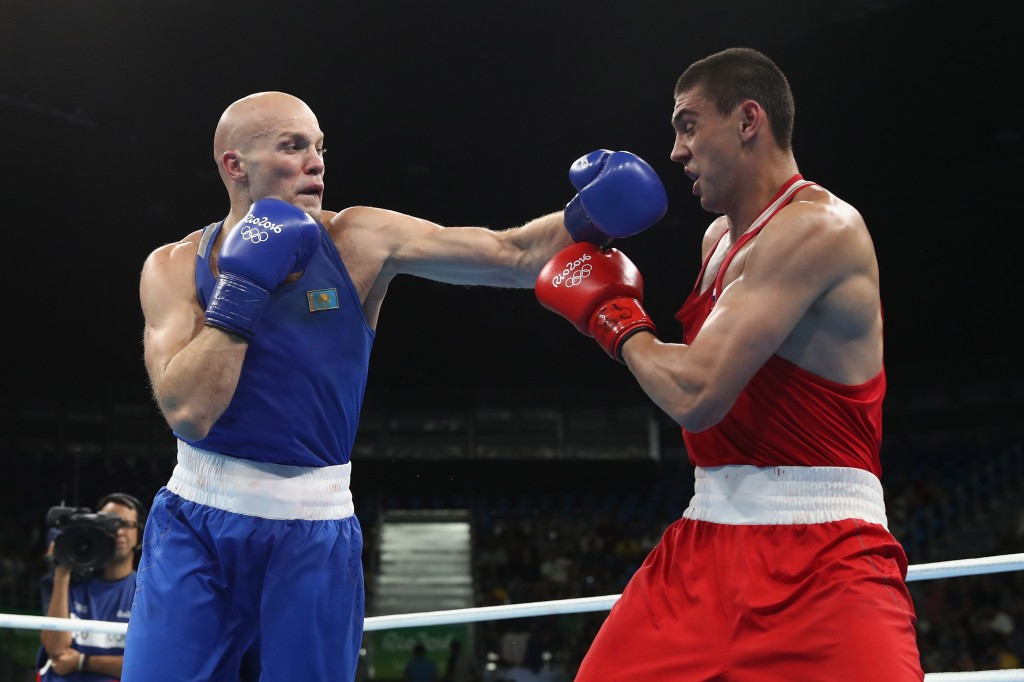 An unspecified number of boxing judges have supposedly been dropped from officiating at the Olympics here following the huge criticism of decisions made over the last two days.

Many of those involved in the controversial decisions have still officiated today, however.

In a statement today, the International Boxing Association (AIBA) admitted that a "handful of decisions had not been at the level expected".

"Following recent judging decisions and after carrying out a thorough examination by the relevant Commission, AIBA has decided to take immediate and appropriate actions," they said.

"Since the beginning of the Olympic Games, AIBA has conducted 239 bouts.

"The AIBA R&J (Referees and Judging) Commission has reviewed all decisions and determined that less than a handful of the decisions were not at the level expected and consequently it has been decided in accordance with the AIBA R&J Evaluation Committee that the concerned referees and judges will no longer officiate at the Rio 2016 Olympic Games.

But, "in accordance with AIBA Rules" the results of all the bouts will stand.

First, there was controversy in the men's under 91 kilograms heavyweight final when Russia's Evgeny Tishchenko was ruled the unanimous winner over Kazakhstan's Vassily Levit even though he appeared to be on the back foot for most of the contest.

In the final round he fell to the canvas and required treatment for a cut after a barrage of punches.

His victory was greeted by loud boos from the crowd.

The Irishman appeared to have dominated the fight, leaving his opponent bloodied and bruised, but the judges gave Nikitin a unanimous victory.

Conlan then gave an impassioned interview to Irish broadcaster RTE, in which he repeatedly swore and claimed amateur boxing "stinks from the core to the very top".

"AIBA is satisfied that we have improved significantly in our refereeing and judging but that we always know that there is room for improvement," the organisation's vice-president Tom Virgets told insidethegames yesterday.

insidethegames has contacted AIBA to request the names of the judges no longer involved in Rio 2016.

But of the three whose scores counted on the Conlon v Nikitin bout, two - Jones Kennedy Silva do Rosario of Brazil and Udeni Talik Bandara Kiridena of Sri Lanka - have officiated today.

The other, Mariusz Gorny of Poland, has not been so may have been barred.

One of those who scored in favour of Tishchenko, Colombia's Armando Carbonell Alvarado, has also been involved today.

Various rule-changes have been introduced this year to improve the spectacle and officiating of the sport.

This has included allowing professionals to compete, removing the headguard, scrapping the appeals process and changing the scoring system.

Five officials judge each bout and a computer randomly selects three whose scores are counted.

The winner of each round is awarded 10 points and the loser a lower number, based on a system taking into account the "quality of punches landed, effective aggression and tactical superiority".

Wow this says a lot about AIBA, Sending judges home who ruin dreams, what happens 2 the ppl who's dream were ruined? https://t.co/n5VnWRzLJa

"AIBA represents 200 National Federations and has continuously sought to evolve the sport of boxing and continuously strive to ensure a level playing field," the world governing body added in their statement today.

"AIBA will not shy away from its responsibilities and is fully committed to a zero tolerance policy towards fair play in boxing, always acting in the boxers’ utmost interest.

"The Olympic Games represent the pinnacle of all sports and Boxing has been part of this since 1904.

"It is essential AIBA stands to the values of respect, sportsmanship, excellence and remains committed to a fair and transparent sport.

"With regard to corruption, we would like to strongly restate that unless tangible proof is put forward, not rumours, we will continue to use any means, including legal or disciplinary actions to protect our sport and its R&J community whose integrity is constantly put into question.

"The organisation will not be deterred by subjective judgements made by discontented parties.

"We welcome all parties to come forward and provide evidence in order to take appropriate and immediate action."