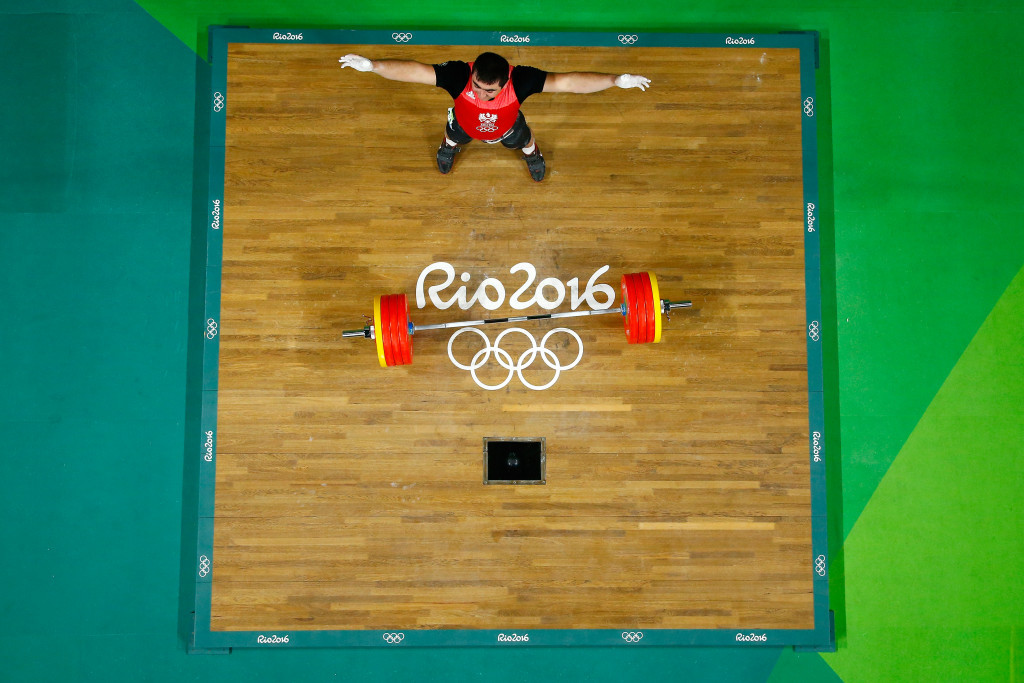 He also claimed doping problems in the sport are a "total disgrace".

Writing in a newsletter sent to insidethegames and the sport's wider community, the Oceania Weightlifting Federation (OWF) general secretary compiled a list of the "good, bad and ugly" of Rio 2016.

The official, who is also secretary general and treasurer of the Commonwealth Weightlifting Federation, did highlight some positive aspects.

This included a "spectacular" Opening Ceremony, an "excellent" weightlifting warm-up area and competition stage and a "well set-up" Olympic Village at which the "line-up at McDonalds was never ending".

But this was followed by a longer list of negatives.

The public relations at the competition venue was "far below standard", he began, meaning there was "no comparison" to London in 2012.

Transport was "bad" and "lacked coordination", with buses often late and drivers sometimes having no idea where some of the venues were.

"I have never before seen such poor attendance at the sports," Coffa wrote.

"In weightlifting, in many categories, seating was half-empty.

"The training venue was run military style and, sadly, the volunteers had no understanding of the sport.

"For example in the second half of the competition, where there was minimal lifters training, and the training hall would have only a handful of lifters training, and 80 per cent if not more of the platforms were not being used, lifters who wanted to train still had to wait outside with their coaches, until their allocated times.

"They were so small, that coaches had difficulty in seeing from a distance and thereby causing crowding around the monitors, contrary to the IWF system which is large and clear."

He also cited the problem of "not being able to comfortably walk down the street, without fear of being robbed".

Coffa was also damning about the doping problems facing the sport.

"Having almost 10 per cent of lifters competing in Rio, who had previously failed dope testing, and some of these athletes won Olympic gold, silver and bronze medals, [was] a total disgrace," he said.

He also criticised the protests conducted by the Iranian team during the men's over 105 kilograms competition when favourite Behdad Salimikordasiabi failed to complete a successful clean and jerk lift.

Coaches disrupted the competition by furiously remonstrating with IWF officials.

"The last session of lifting of the Games, produced the ugliest and the most disgraceful behaviour from people who should have known better and who do know the rules and regulations that govern the sport," Coffa added.

IWF officials have been keen to praise Rio 2016organisers overall, but problems during the competition included power cuts and referees missing a weigh-in after a bus failed to arrive.

Kyrgyzstan's under 69kg bronze medallist Izzat Artykov the first athlete in any sport stripped of an Olympic medal at Rio 2016 for doping after a positive test for strychnine.

Coffa, the Australian whose brother Sam is an IWF vice-president, has been one of the most outspoken critics of doping problems in the sport in recent months.

He recently blamed the old Soviet Bloc countries collectively for persistent doping, pointing out how, of the 46 positives announced from Beijing 2008 and London 2012 retested samples, 40 were from countries that were part of the pre-1989 Soviet Bloc.

"The sport of weightlifting is at a crossroads," he added in the newsletter.

"Will the sport survive in the future?

"Today, that is questionable as many have expressed to me their concerns on the tragic state of the sport.

"We all know what is going on with doping in many countries, we can pinpoint the countries, it has been going on for years and years...

"The question remains, don’t these people have any shame, any moral accountability and any respect at all - for bringing our sport into disrepute."

He did, however, praise IWF President Tamas Ajan for an increasingly hardline response.

At least six countries -  China, Ukraine, Azerbaijan, Russia, Belarus and Kazakhstan - are facing one year bans from international competition due to three doping failures in the Beijing and London retests.

Both Bulgaria and Russia were suspended from Rio 2016 due to repeated failures.