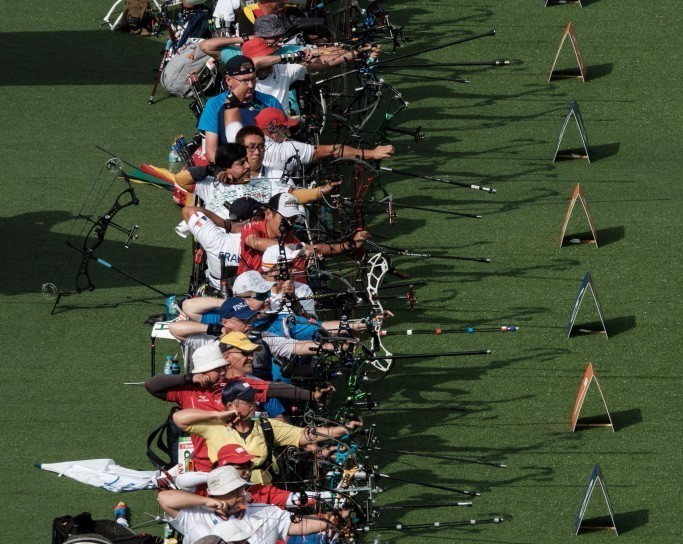 Zhou and AI shot consistently well throughout the final, shooting 38 out of 40 in three of the four series.

"In the last one it was closer, but we were confident in our ability.

"Yes we shot well, but our coach told us we can still do better."

Britain were unable to match the impressive accuracy of their opponents and shot a 35 and 33 to condemn themselves to the silver.

"I had a little cry after, I had another little cry when they put the medal round my neck," said Grinham.

"I'm overflowing with thanks and joy and everything, I couldn't do it without the people I have around me.

"But never in my wildest dreams did I think I'd bring home a silver or be in the gold medal match, so that was amazing."

South Korea's Kim Mi-Soon and Lee Ouk-Soo, winner now of five Paralympic medals - his first dating back to Barcelona in 1992 - shot an impressive 38 out of 40 in the penultimate round to all but secure their medal.

The Europeans were never able to recover from a poor opening round where they shot 10 points less than their Asian opponents.