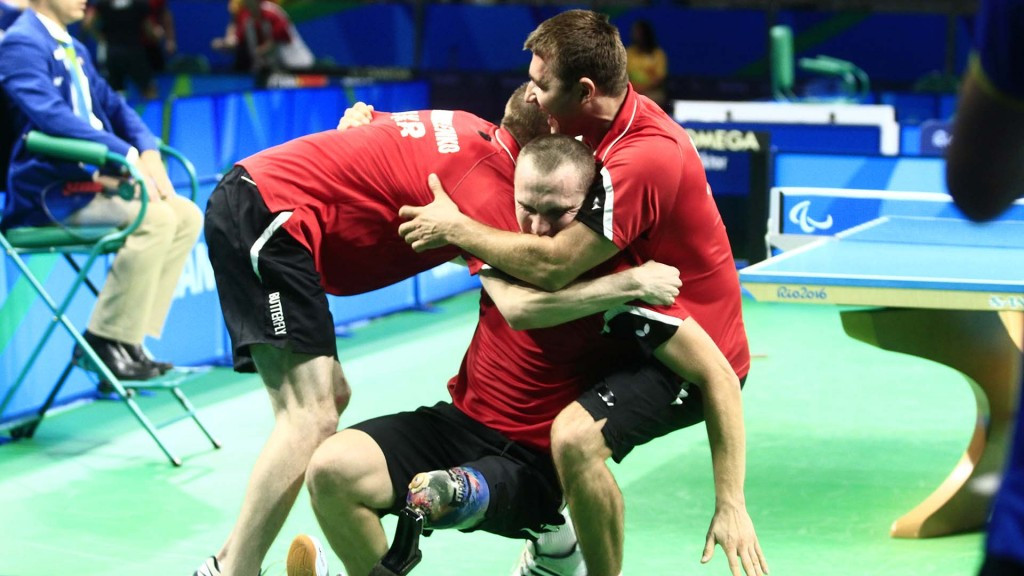 Ukraine followed one of the best performances of the Paralympic Games so far with one of the best celebrations after a 2-0 victory over Sweden in the men's class 6-8 team competition at the Riocentro Pavilion 3 in Rio de Janeiro.

The Ukrainians provided the best moment for the crowd, however, after Viktor Didukh secured the second of his two victories.

He had first teamed up with Maxym Nikolenko to win the opening doubles rubber 3-2 over Linus Karlsson and Emil Andersson.

Didukh then overcame Karlsson in straight games to seal the crown before being enveloped by his team-mates.

Soon after members of the British team let emotions rip and danced around the arena after Aaron McKibbin had sealed the bronze medal with a 2-1 victory over China.

South Korea had earlier continued the form they showed with a semi-final win over China by beating Taiwan 2-1 in their class 4-5 final.

Kim Junggil and Kim Younggun made the ideal start in beating Cheng Ming-Chieh and Lin Yen-Hung in four games, 3-1.