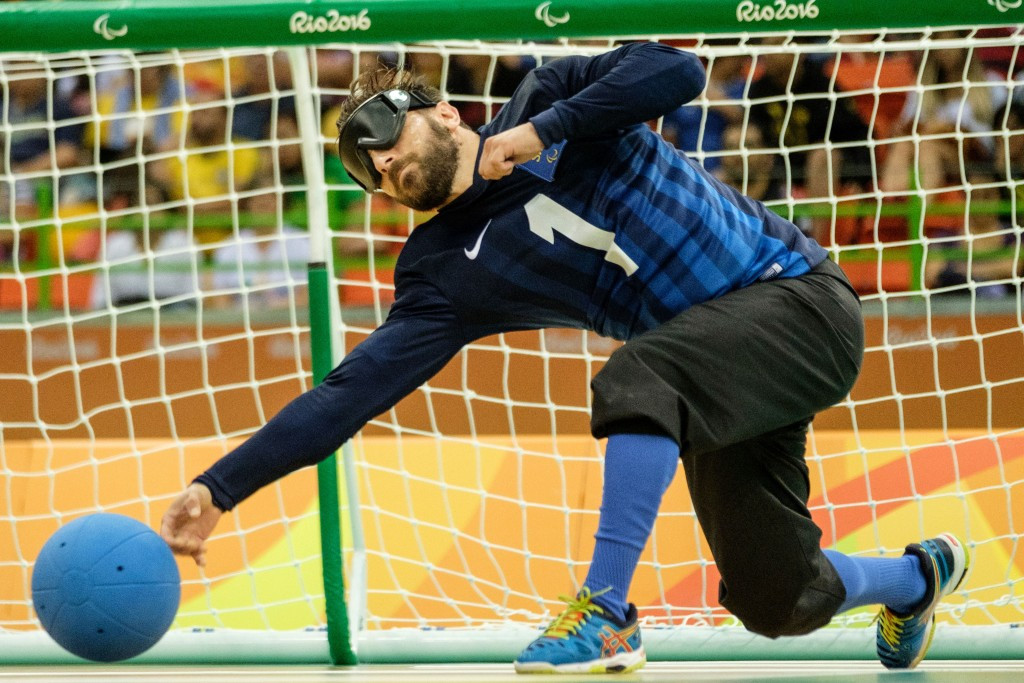 Lithuania and Turkey won the respective men’s and women’s gold medals on the final day of Rio 2016 Paralympic goalball competition at the Future Arena here.

Turkey upset a formidable Chinese side 4-1 to win the women’s title in their first appearance at a Paralympic Games, while Lithuania’s men triumphed over the United States in a convincing 14-8 victory.

China went into the women's gold medal match as the favourites against the Turkish debutants, but the newcomers refused to be overawed.

The Asian nation managed to nullify their opponents for over six minutes, but Turkey’s star player Sevda Altunoluk persevered with a series of high-ball attacks and was rewarded late in the seventh minute to open the scoring.

A second goal came in the second-half with the ball creeping into the corner thanks to Altunoluk, who found an acute angle from across court.

Seda Yildiz picked up a third goal for Turkey in the 14th minute with help from a deflection off China’s Zhang Wei.

Chen Fengqing put China on the board with a goal in the 18th minute, but then gave away a penalty soon after to allow Turkey to counter-attack.

With two missed penalty attempts, it was third time lucky for Altunoluk who blasted a goal down the side of the court to re-establish a three-goal advantage that she and her team-mates managed to hold on to.

"We knew before we come that we would be the winners," said Altunoluk.

"It’s a big advantage for us, and a young team also plants the seed for the future as well."

The men’s gold medal match started off as a one-sided affair with Lithuania racing into a 9-1 lead with four goals from Genrik Pavliukianec and five from Justas Pazarauskas.

Andy Jenks got the US off the mark with a smooth long ball that stumped all three of Lithuania’s defenders.

Trailing by eight goals and with the odds stacked against them, the Americans shuffled their line-up in a bid to present a more aggressive style of attack.

Matt Simpson was a key feature in the re-arrangement, scoring four goals to move his nation within four goals of their opponents at 11-7.

Despite the late surge from the Americans, Lithuania managed to retrieve their winning formula from earlier in the game with Pavliukianec scoring a hat-trick in the final two minutes of the match to seal his country’s first-ever goalball gold medal at a Paralympics.

"It was wonderful, but it is awful," said the US’s John Kusku.

"We had the silver medal won yesterday, we played for the gold today.

"We did not play the game that we wanted to play and they played the game they wanted."

Brazil featured in both bronze medal matches earlier in the day, with the hosts experiencing mixed fortunes.

Their women’s team were defeated 3-2 by the US, who avenged their loss in the final of the 2015 Parapan American Games competition.

It was a different story for the Brazilian men as the London 2012 runners-up secured their second consecutive Paralympic medal by securing a 6-5 win over Sweden in overtime.