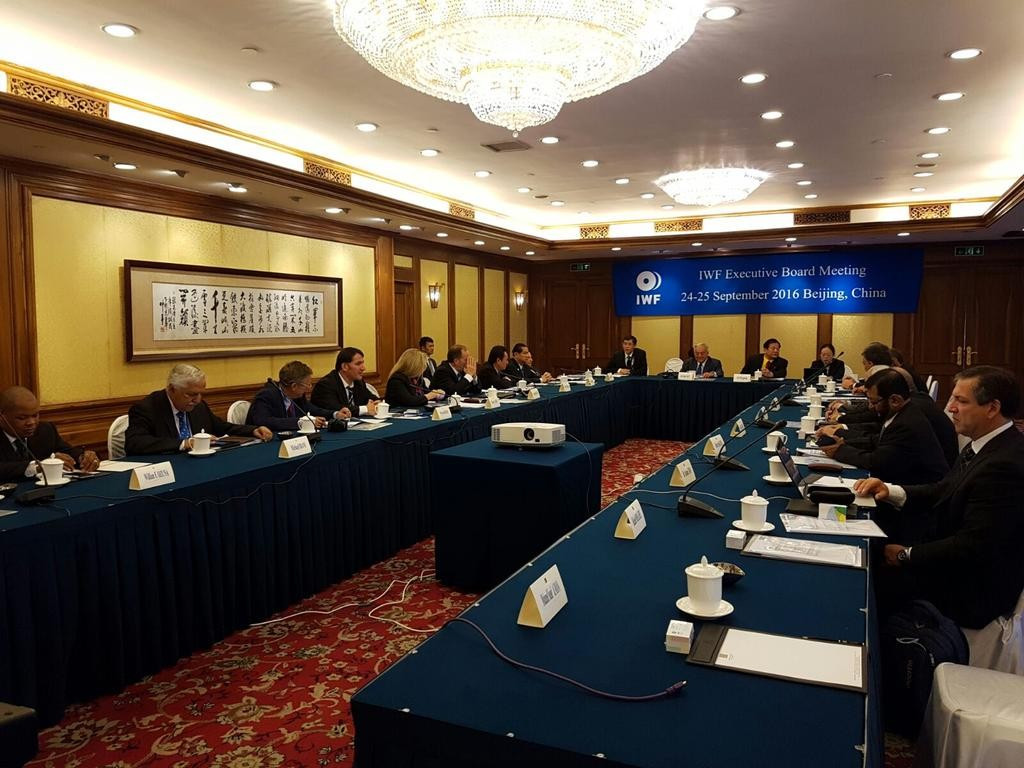 Gender equality has been achieved in weightlifting after the total number of female bodyweight categories was officially increased to eight at a meeting in Beijing.

The International Weightlifting Federation (IWF) Executive Committee approved that new events be added at under and over 90 kilograms.

These will replace the old over 75kg category.

This means eight categories now exist for both men and women, fulfilling a longstanding IWF objective for gender equality.

Research was carried out by the IWF's Technical, Medical and Coaching and Research Committee after the measure was approved in principal during a meeting at Rio 2016.

This had followed longstanding pressure from the IWF Women's Commission.

An extra category has also been introduced at youth age group level, where the over 69kg division has been dropped in favour of new under and over 75kg events.

Certain competitions will still have different divisions, however, with six male and six female events having already been approved for the Buenos Aires 2018 Summer Youth Olympic Games.

A decision was also made to abolish a bodyweight advantage in competitions from 2017.

Under this rule, if two lifters finished on the same weight then the lighter competitor was always declared the winner.

This could theoretically mean that someone could break a world record but not win the competition because a lighter rival then lifted the same weight.

If two athletes tie on the same lift, the one who required the lowest number of lifts will be awarded victory - rather like the format seen in high jump or pole vault athletics events.

The change was made in order to make the competition more understandable for spectators, while also trying to reduce incentives for lifters to further lessen their weight, which in some cases is seen as dangerous.

An update was also given on IWF anti-doping procedures after at least 47 athletes failed drug tests following retested samples from Beijing 2008 and London 2012.

The IWF Executive Board had previously ruled that countries which produce three or more anti-doping rule violations in the combined re-analysis of samples from the 2008 and 2012 Olympics face being banned.

Decision still have to be made, however, because the International Olympic Committee are yet to officially confirm most of these cases.

Azerbaijan, Armenia, Belarus, China, Kazakhstan, Russia, Turkey and Ukraine are all facing the prospect on a ban, should all the positive cases involving their lifters be confirmed.