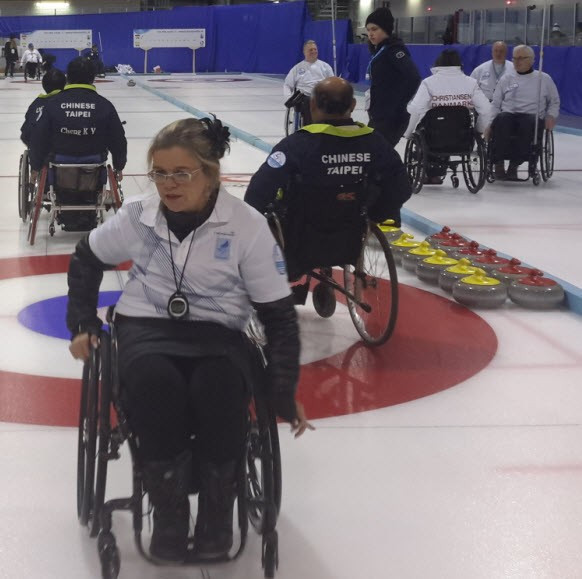 Scotland and Slovakia secured their places in the next phase of the World Wheelchair-B Curling Championships after finishing joint top of the Pool A standings at the Kisakallio Sports Institute in Lohja.

Both nations headed into their final day of round robin fixtures with four wins and one defeat to their names, but their teams had contrasting matches in the morning.

Scotland eased to a 14-1 win over Israel and Slovakia earned a nervy 5-4 triumph over Italy after scoring a crucial point in the eighth end.

They both shared top spot in the standings after Scotland defeated Turkey 11-1 in the evening, while Slovakia triumphed 9-0 against Slovenia.

Crucially England and Sweden also earned two victories as Pool A action drew to a close, leaving both teams tied for third place after five wins and two defeats.

The nations are due to contest a tie-breaker tomorrow which will decide the third team to progress to the next round.

Only one round of matches took place in Pool B, but it was enough for hosts Finland and Poland to book their place in the playoffs.

Finland were 7-1 winners against Japan, while Poland also sealed their fifth win of the tournament by beating Estonia 7-4.

The Estonian team are still best placed to secure the final playoff berth in the pool, having won four matches.

Defeat to Japan in their final fixture tomorrow could allow their opponents or the Czech Republic to advance at their expense.

The competition at the Finnish venue is an important one as it offers two spots at the 2017 World Wheelchair Curling Championships Gangneung in South Korea next March.

These will serve as the final qualification event for the 2018 Winter Paralympics in Pyeongchang,