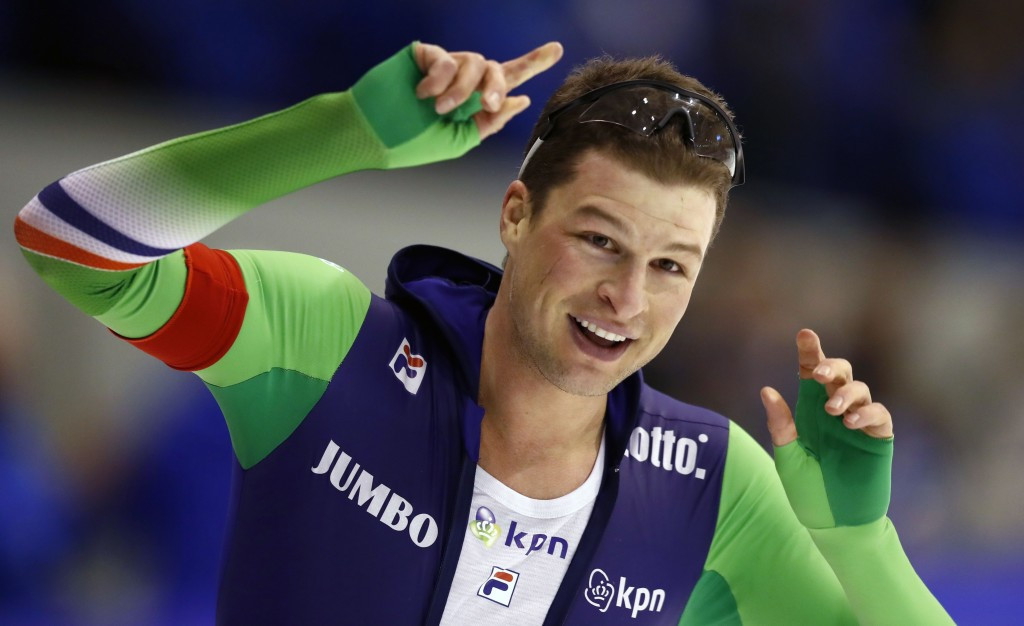 Triple Olympic champion Sven Kramer will be among those in action on the opening day when the International Skating Union (ISU) Speed Skating World Cup season begins at the Heilongjiang Provincial Speed Skating Oval in Harbin in China tomorrow.

The Dutch star, a long distance specialist, will be the name to look out for in the men's 5,000 metres as the world's long-track elite gather once more for the start of another winter campaign.

Kramer, who has also won 17 gold medals at the World Single Distances Championships and eight at the World Allround Championships, will face competition from his compatriot Jorrit Bergsma tomorrow, with the Olympic 10,000m champion a major threat over half the distance.

The women's 500 metres will also be contested tomorrow with American Heather Richardson-Bergsma, the wife of Jorrit, a big contender.

The 27-year-old won the World Championship over the shortest distance in Heerenveen last year and is the defending 500m overall champion.

South Korea's Lee Sang-hwa, the back-to-back Olympic champion in the 500m, is sure to be a threat too alongside China's Olympic 1000m champion Zhang Hong, who will hope to impress on home ice.

In the women's 3,000m, a battle is expected between the last two Olympic champions over the distance, Ireen Wüst of The Netherlands and Czech skater Martina Sábliková.

Wüst won the title at both Turin 2006 and Sochi 2014, with Sábliková claiming the prize at Vancouver 2010 before silver four years later in the Russian city.

Men's 500m action is due to take place on Saturday (November 12), when both the men and women will also contest 1,000m races before team pursuit action rounds off the day.

On Sunday (November 13), 1,500m races for both men and women will be held alongside the second batch of 500m contests.

Mass start action will then bring the World Cup leg to a close.