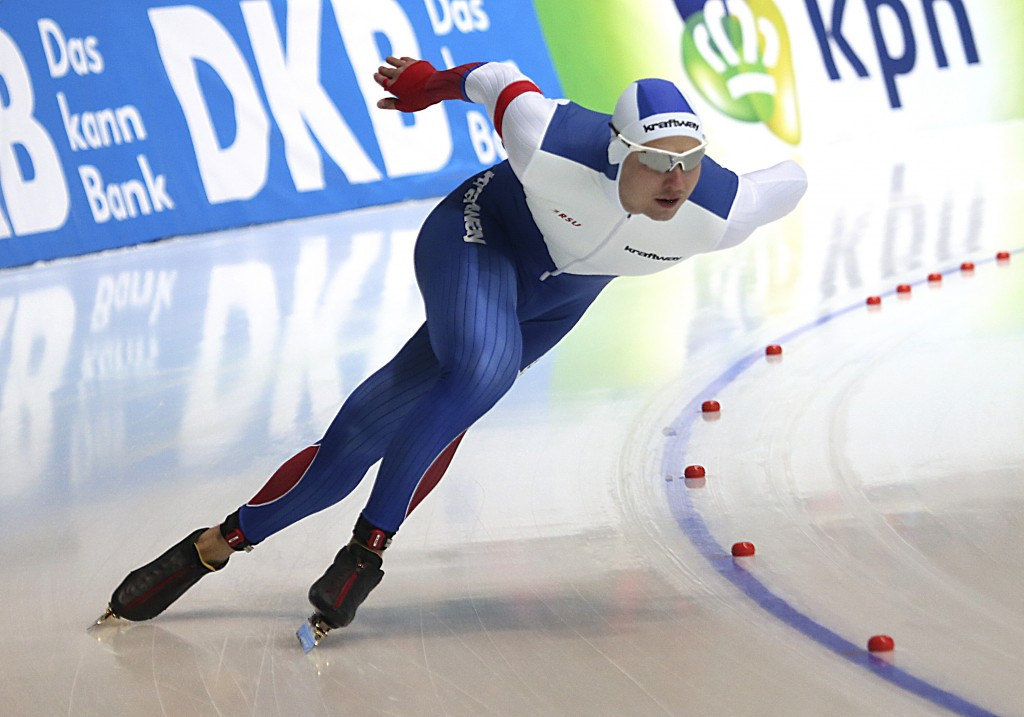 Russian Pavel Kulizhnikov returned to the top of the podium on the final day of the opening leg of the International Skating Union (ISU) Speed Skating World Cup season at the Heilongjiang Provincial Oval in Chinese city Harbin.

The 22-year-old has been a controversial figure in the sport after two drug test suspensions, including one for meldonium during the last campaign which was later lifted after doubts emerged on how long the substance remains in the human body.

The back-to-back 500 metres World Cup champion was second behind Kazakhstan's surprise winner Roman Krech in the sprint distance yesterday, but the world record holder triumphed in today's second competition in a time of 34.98sec.

China's 18-year-old Tingyu Gao put in a surprise performance to clock 34.99 for silver as Tae-Yun Kim took bronze for South Korea in 35.08.

Krech could not match his heroics yesterday and was only 11th.

In the women's 500m, Nao Kodaira made it back-to-back successes after also taking the title over the distance on day one on Friday (November 11).

The Japanese was timed at 38.04 to beat South Korea's double Olympic champion Sang-Hwa Lee, who managed 38.11.

In the men's 1,500m there was a surprise win for Dutch star Sven Kramer, the long distance specialist picking up an unexpected win in the shorter event to add to his 5,000m crown in Harbin.

Dutch skaters occupied the next two positions with silver going to Marrit Leenstra in 1:57.64 and bronze won by quadruple Olympic gold medallist Ireen Wüst in 1:58.18.

In mass start action, Seung-Hoon Lee of South Korea sprinted to the gold medal in 7:15.22 ahead of France's Alexis Contin who came home 0.06 seconds back.

Italy's Fabio Francolini did enough for the bronze medal in 7:15.40.

Canada's Ivanie Blondin won the women's mass start after leaving the field behind en-route to a victory time of 8:29.56.

The World Cup season is now due to continue in Japan's 1998 Winter Olympic host Nagano, with three days of competition from next Friday (November 18).