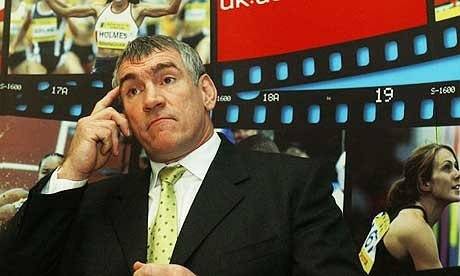 Dave Collins, who lost his job as UK Athletics performance director after Britain failed to achieve their target of five medals at the 2008 Olympics in Beijing, has expressed his frustration at the news that three more medals stand to be awarded to them following retrospective doping bans.

Collins is delighted that Team GB is in line for additional bronzes with the men’s and women’s 4x400 metres teams and Goldie Sayers in the women’s javelin all now due re-awarded medals by the International Olympic Committee (IOC).

But he told Athletics Weekly that the media criticism received after Team GB’s perceived underachievement at Beijing 2008, which ultimately led to him getting the sack, still sits uneasily with him.

And he added that, in retrospect, the overall British performance was "a positive building point" towards the success of home track and field athletes at London 2012.

Team GB brought home just four medals from China, one less than the target of five set by UK Sport.

The former head coach, now a professor at the University of Central Lancashire (UCLan) and director of its Institute of Coaching and Performance, said: "The first thing it makes me feel is really pleased for the athletes, coaches and support staff.

"It was a good performance.

"We thought going in there we were going to do well, and it’s nice to see them get the recognition.

"It does [sit difficultly].

"In a big sport like athletics people are always going to have opinions.

"What frustrated me was those opinions were expressed - not just after the Games, before as well - and I don’t think people took the trouble to consider them carefully, or even give us the right to reply.

"It was what it was.

"The great thing is now to see the athletes recognised and the coaches recognised for all the hard work they did."

Christine Ohuruogu was the only athlete to win a gold medal in Beijing as she took the 400m title to add to her 2007 World Championships win, while triple jumper Phillips Idowu and high jumper Germaine Mason took silver.

Aside from the four medals earned at the time and the three others likely to be made official, Team GB’s athletics squad achieved 10 more top-eight finishes.

Collins believes that was indicative of the progress shown leading up to London 2012, particularly in the wake of a disappointing 2005 World Championships in Helsinki shortly after he took over.

Collins told Athletics Weekly: "We saw it as a positive building point towards London.

"Clearly the Helsinki Worlds in 2005 was a low point.

"I felt we’d been building steadily, and frankly the results we got at the European Championships were good [11 medals - one gold, five silver, five bronze].

"All the signs were positive, and I’m just disappointed personally we couldn’t complete the mission.

"I think the number of season’s bests, personal bests and top eights we got were good.

"I was always less interested in the medals table, and more by a points table of performances.

"The points table, but also the number of season’s bests and personal bests we got, told us if we got it right - and we did.

"I think the big thing is getting it ‘righter-er’, and that was the big frustration that we didn’t get to."

Ironically, Collins’ successor as UK Athletics performance director, Charles van Commenee, resigned after London 2012 because his team had fallen two short of his own target total of eight medals, including at least one gold - despite winning three golds through Greg Rutherford, Mo Farah and Jessica Ennis-Hill on "Super Saturday".