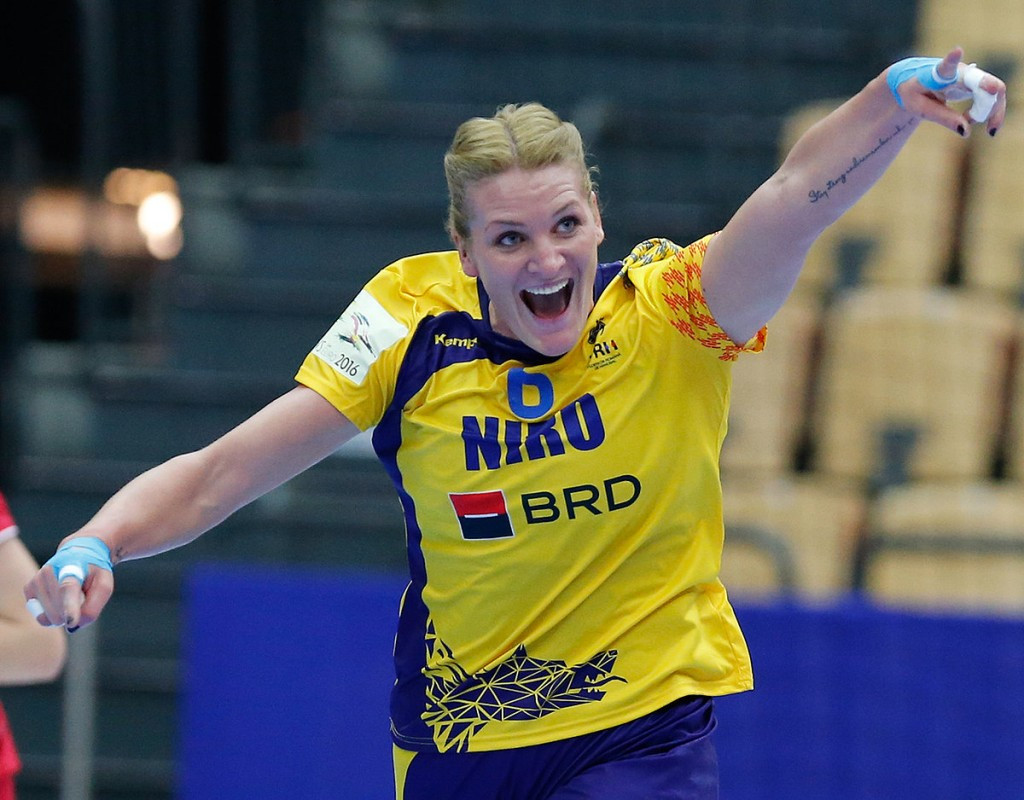 Romanian goalkeeper Denisa Dedu’s stunning performance led her team to their first win over Russia for 20 years at the Helsingborg Arena.

Dedu shone, denying Russia a total of 22 shots, paving the way to a rare 21-17 win for her side against the Rio 2016 Olympic champions.

It was the first win for the Romanians against the Russians since they won 29-26 at the European Championships in 1996 held in Denmark.

With an impressive 56 per cent save rate Dedu was awarded player of the match, while Cristina Neagu and Eliza Buceschi successfully led the Romanian attack with seven goals each.

Liudmila Postnova topped the Russian scorer list with four goals, while Victoria Kalinina kept her team in the game with a string of several important saves.

Russia, who could have secured a main round place with a victory, will now do so if they avoid a defeat in their last preliminary round game against Norway, while Romania take on Croatia on Friday.

Elsewhere in Group D today, Norway made it two wins out of two as they comfortably defeated Croatia 34-16 to boost their chances of progression.

Durdina Jaukovic and Majda Mehmedovic were in emphatic form in Montenegro's crucial 28-27 Group C win against the Czech Republic which kept their qualification hopes alive at the Malmo Isstadion.

While Jaukovic scored seven times overall, Mehmedovic was a constant threat on the left wing and also scored seven goals.

For Montenegro it was the second close game they have had in a row at the tournament but unlike their 22-21 opening defeat against Denmark, they secured victory this time.

They even did so despite Jaukovic and Sanja Premovic receiving two-minute suspensions in the last three minutes of the game when they had a narrow 28-26 lead.

The Czech Republic only scored one goal in the dying minutes of the game and thanks to several saves from Montenegro's Marina Rajcic in goal, her country held their advantage until the buzzer.

Elsewhere in Group C, Denmark maintained their 100 per cent record as they beat Hungary 23-19 to consign their opponents to bottom of the group without a single point.

Tomorrow sees the final round of matches in Groups A and B.

Serbia, Sweden, France and The Netherlands have already secured progression to the next round while the winners of the matches between Spain and Slovenia and also Germany against Poland will advance.