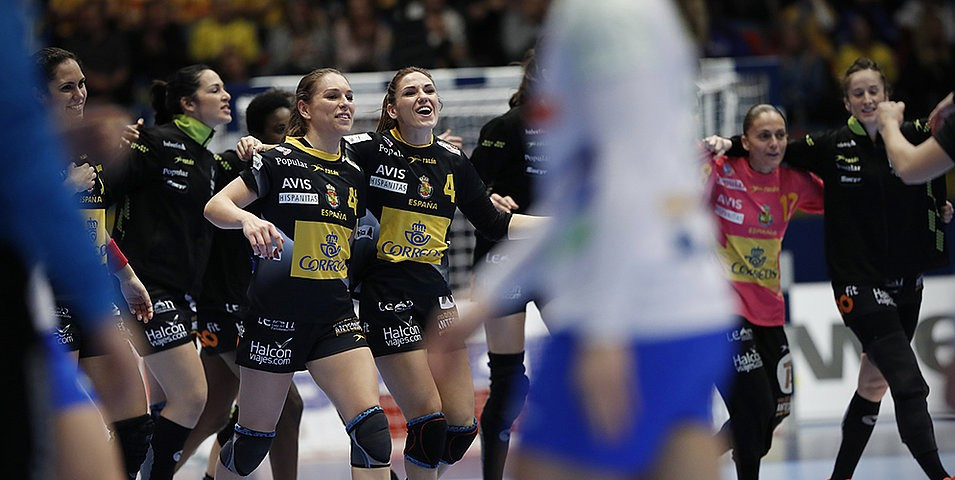 Spain and Germany secured the last available spot in the next round in Groups A and B respectively as both nations recorded vital victories at the European Women’s Handball Championships in Sweden today.

The Spanish team, runners-up at the 2014 edition of the event in Croatia and Hungary, claimed their biggest-ever win at the competition with a 30-18 demolition of Slovenia at the Hovet in Stockholm.

Germany were pushed all the way in a thrilling contest with Poland before they emerged with a narrow 23-22 success at the Kristianstad Arena.

They owed a lot to an outstanding performance from goalkeeper Clara Woltering, whose world-class display included 10 crucial saves.

Spain began their contest with Slovenia knowing they needed to win by at least five goals to go safely through and not be dependent on the second game in the group between Sweden and Serbia.

A draw would have sufficed for Slovenia, who beat the hosts earlier on at the tournament, but they were outfought and outplayed by a determined Spanish outfit.

Spain dominated from the outset as they raced into an early 6-0 lead, which set the tone for what proved to be a comfortable outing for the 2014 silver medallists.

"We knew this would be a final for us," said Spain's left back Alexandrina Cabral.

"We were focused when entering the game and played the first-half perfectly."

Germany took to the court against Poland safe in the knowledge that they could still lose by six goals and progress to the main round of the competition and the contest got off to an even start.

After the scores were locked at 2-2, Germany managed to open up a 9-4 advantage before Poland capitalised on a series of errors from their opponents.

They were only two goals down at the break but Germany regrouped, although they were clinging on to the win in the dying stages as Poland pressed ahead in search of an equaliser.

Eventually, Germany's defence held out and they will now go on to face Spain, Sweden and Serbia in the next group stage, which begins in Stockholm on Saturday.

"I also saw a lot of wrong things that I will analyse and then I will start to prepare for the main round.

"I'm happy that the team will get three more games.

"That was our goal, that's what we came for and that is was we need for the future."

Serbia took top spot in Group A thanks to Kristina Liscevic's goal three seconds from time as they earned a 30-30 draw with Sweden.

In Group B, Olympic silver medallists France were beaten 18-17 by The Netherlands.